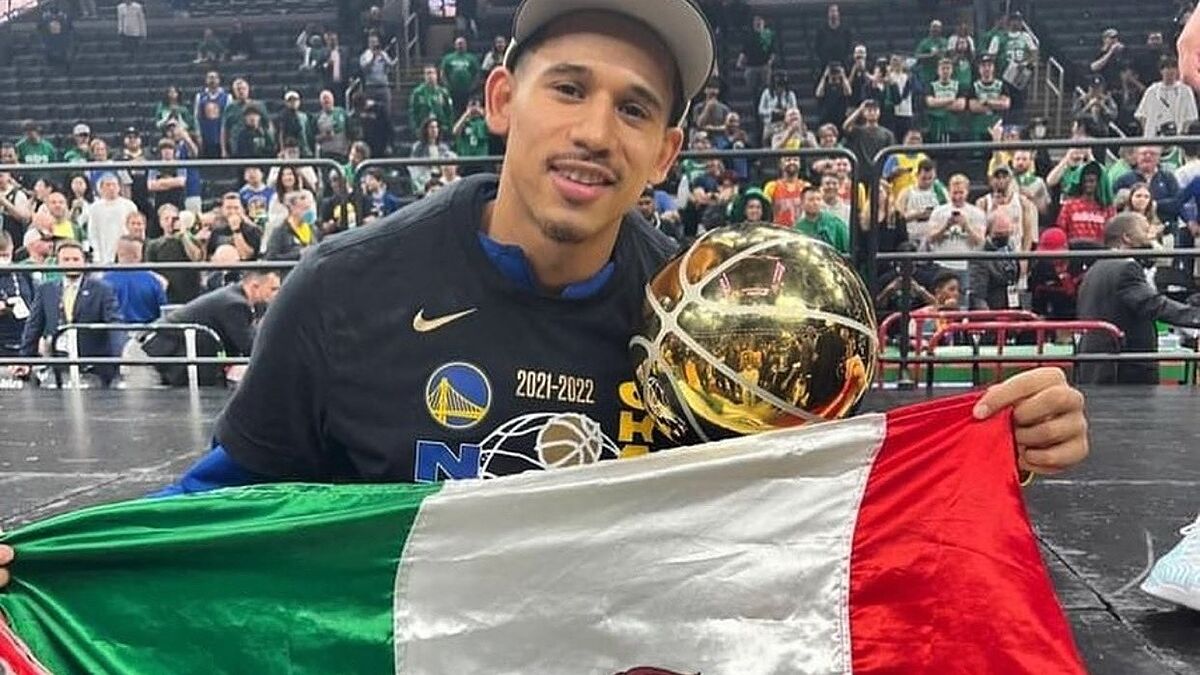 NI am in Oakland, 10 minutes from the Oracle Arenaold house of the Golden State Warriorsbut the reality is that although I was not born in Mexican

NI am in Oakland, 10 minutes from the Oracle Arenaold house of the Golden State Warriorsbut the reality is that although I was not born in Mexican territory, Juan Toscano Anderson made history with the Warriors.

Born to a Puerto Rican father and a Mexican mother, from Michoacn specifically, Tuscan Anderson29 years old, will be considered in history the first Mexican champion in the history of the NBAand he himself made it clear.

Once the Warriors were crowned in NBA for the fourth time in the last eight years, Juan Toscano put a Mexican flag on his back and not only for being of a Mexican mother, but Toscano does not forget who reached out to him once he finished his career as a student.

After graduating from Marquette University in 2015, he was not selected in the draft of the NBA of that same year, he joined the Suns of Mexicali in the National Professional Basketball League (LNBP) from Mexico.

A year later he went to play with the Royal Force of Monterrey in the same league where they were crowned champions of the LNBP.

I then participated in the training camp of the Santa Cruz Warriors as part of the NBA development league and signs with the team to play during the 2019-20 season.

The dream of signing for the NBA… and being champion

On February 6, 2020, he signed a three-year contract with the Golden State Warriorsand although he is not a starter with the champion team of the NBAhas been used consistently by the coach Steve Kerr with great results.

In this season Tuscan averaged 4.1 points per game, 2.4 rebounds and 1.7 assists in 73 regular season games averaging 13.6 minutes per game.