Juan Toscano, the most illustrious Mexican in the NBA 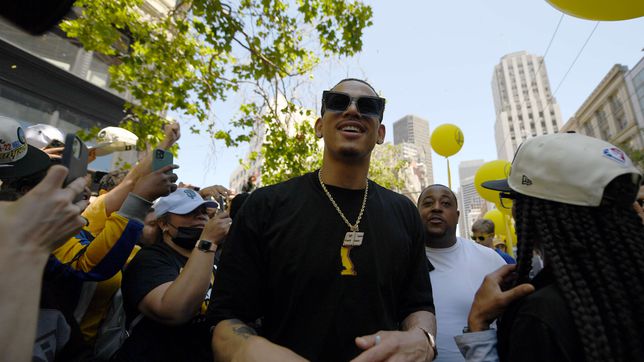 For Juan Toscano-Anderson this year is going to be unforgettable. In 2022, the Marquette product left an indelible mark on the history of Mexican

For Juan Toscano-Anderson this year is going to be unforgettable. In 2022, the Marquette product left an indelible mark on the history of Mexican basketball.

A few weeks ago, he re-inscribed his name with golden letters in Mexican history by reaching the NBA Finals, being the first representative on the highest stage in the league. The feat concluded with the first Larry O’Brien trophy for Mexico.

A few days ago it seemed that Toscano’s good fortune was ending abruptly when the Warriors opted not to re-sign the forward. In three years at the Bay, the 29-year-old averaged 4.8 points (.523 from the field), 0.5 three-pointers, 3.3 rebounds and 2.2 assists.

YOU MAY BE INTERESTED: Juan Toscano points to the Mexican National Team in the summer

When it seemed that a time of uncertainty would begin for Toscano-Anderson, it was reported that the Lakers would sign the small forward. This July 1, through social networks, Los Angeles confirmed the hiring.

It should be noted that no other Mexican had had the opportunity to play for a high caliber organization like the Lakers. In addition, he is already the second Aztec with the most participation in the NBA with 139 appearances, only behind the 619 of Eduardo Nájera.