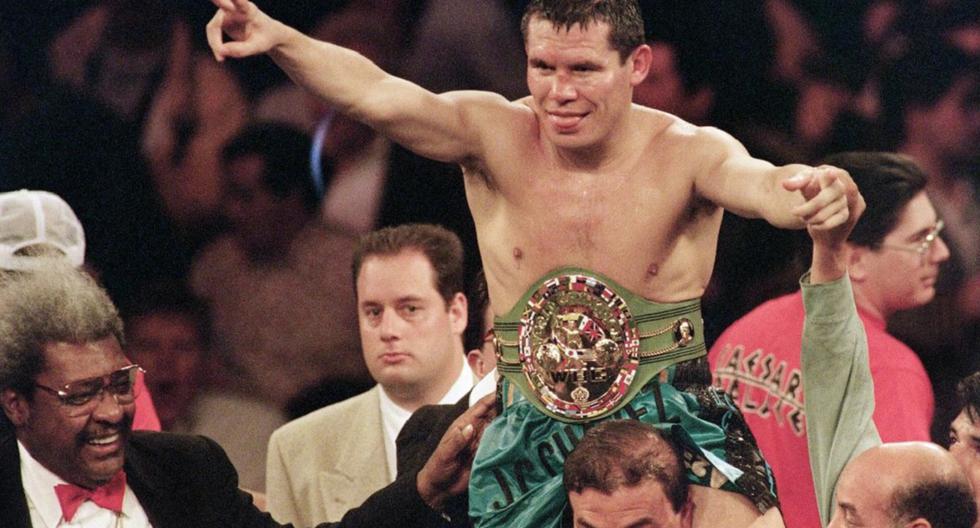 Updated on 09/29/2021 07:20 pmThe legacy that Julio César Chávez left in the ring is respected in Mexico and the world, more and more over the year

The legacy that Julio César Chávez left in the ring is respected in Mexico and the world, more and more over the years. Now far from the ring, the former boxer analyzes other sources of income to support his family and drew attention by announcing his new business project.

Taking advantage of his successful time as a boxer and that his name is still in the memory of Mexican citizens, ‘El César’ announced that he is venturing into pharmaceutical-related activities. As he revealed in an interview for TV Azteca, he has his brand of vitamins and will soon sell viagra.

“We just released a brand of vitamins C, now in the face of this coronavirus pandemic. I take it a lot to be able to have defenses ”, revealed Julio César Chávez in the interview. The product is called Humvit and it has been on the market for a few weeks, receiving good acceptance from the public.

However, the retired boxer thinks big and therefore also decided to enter the world of drugs that improve sexual potency. In this case, their participation will be more direct, since the drug will carry their name.

“Soon I will release my own viagra, under my name,” said the television commentator. “I use it with my wife, not with the others,” added Julio César Chávez amid the laughter. Despite having everything planned, those interested will still have to wait to know the launch date and the cost of the pill.

Who was Julio César Chávez?

Mexican Julio César Chávez was a boxer who competed professionally between 1980 and 2005. During his career, he managed to reap 107 victories (86 knockouts and 21 decisions), only 6 defeats and 2 draws. In addition, he won the WBC super featherweight, WBA lightweight and WBC world titles; and super lightweight WBC and IBF.