Julio Enciso | And Chile? From the Paraguayan league to the Premier in 12 million dollars 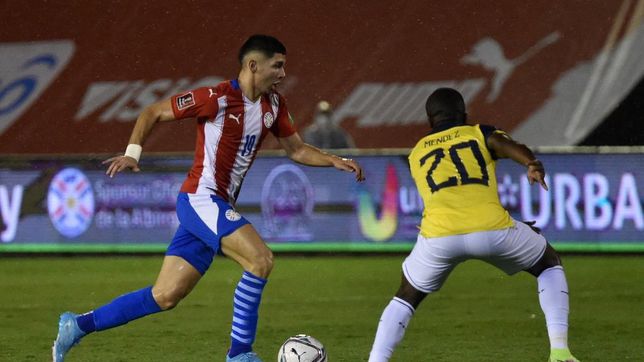 In Paraguay they are crazy. Despite the failure that the local team has had in recent years, being left out of three consecutive World Cups, there

In Paraguay they are crazy. Despite the failure that the local team has had in recent years, being left out of three consecutive World Cups, there is already a glimmer of hope for the future.

It is that in the last hours the signing of Julio Enciso to Brighton, a team from the English Premier League, was confirmed. The 18-year-old midfielder will be sold for 12 million dollars from Libertad, a club that always hosts the Copa Libertadores or Sudamericana.

The transfer became the most expensive in the history of Paraguayan football, surpassing the sale of Roque Santa Cruz de Olimpia to Bayern Munich, more than 20 years ago. That transfer was in 9 million of the North American currency.

In the last three seasons, Enciso exploded in the First Division. The midfielder scored 21 goals for Libertad and earned a place as a starter in the Paraguayan team.

The last similar case in Chile was in 2011, when Eduardo Vargas went from U to Napoli in Italy for 17.5 million dollars. For now, a new jump from the local league to Europe in those magnitudes seems distant.

Scottish soccer club loses sponsor and captain after signing former rape defendant
Augustine Ezeali | The Nigerian who gives battle in Chilean soccer: “Arturo Vidal asks me to continue scoring goals”
“I am not a philosopher of football, I want to win”
FOOTBALL 2714