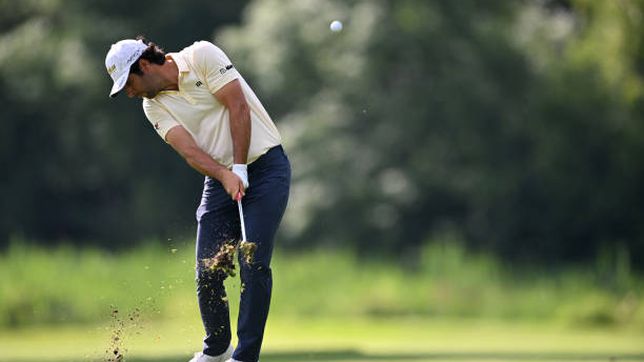 The English Ian Poulter, the Spanish Adrián Otaegui and the South African Justin Harding will be able to play this week at the Scottish Open after

The English Ian Poulter, the Spanish Adrián Otaegui and the South African Justin Harding will be able to play this week at the Scottish Open after the first judicial decision related to the LIV Golf Invitational Series.

Poulter, Otaegui and Harding have appealed the DP World Tour’s decision to suspend LIV-linked players for the Scottish Open and two other events. A British court responded on Monday by ordering the bans temporarily lifted, allowing the trio of players to participate in the tournament.

Earlier, 16 LIV golfers, including Poulter, had signed a letter to the DP World Tour asking them to “reconsider” the Scottish Open ban so that players could avoid “spending time, energy, financial resources and having to focus on appeals, court orders and lawsuits.” The DP World Tour did not grant this request and Poulter, Otaegui and Harding decided to resort to the judicial system.

DP World Tour CEO Keith Pelley said in a statement to Golfweek that “this is only a suspension of the sanctions imposed, pending the hearing of the players’ appeal as to whether these sanctions have been appropriate.” The arrival of the LIV circuit has generated controversy due to the financial backing of Saudi Arabia and the mega-portfolios have alienated some of the most prominent golfers on the PGA and the DP World Tour. The PGA has indefinitely suspended golfers who have played an LIV Tour tournament.

LIV CEO and commissioner Greg Norman has hinted that he will seek legal action against the PGA Tour, arguing that since last winter its members are independent contractors and should be free to play wherever they want.

The Scottish Open, one of the last tests before the British Open, is being co-sanctioned by the PGA Tour for the first time and will take place from Thursday to Sunday at The Renaissance Club in North Berwick, Scotland.

Loading...
Newer Post
Will Atlas look for a replacement for Mauro Manotas?
Older Post
Golf: very good performance by Grillo from Chaco, who finished second on the PGA Tour