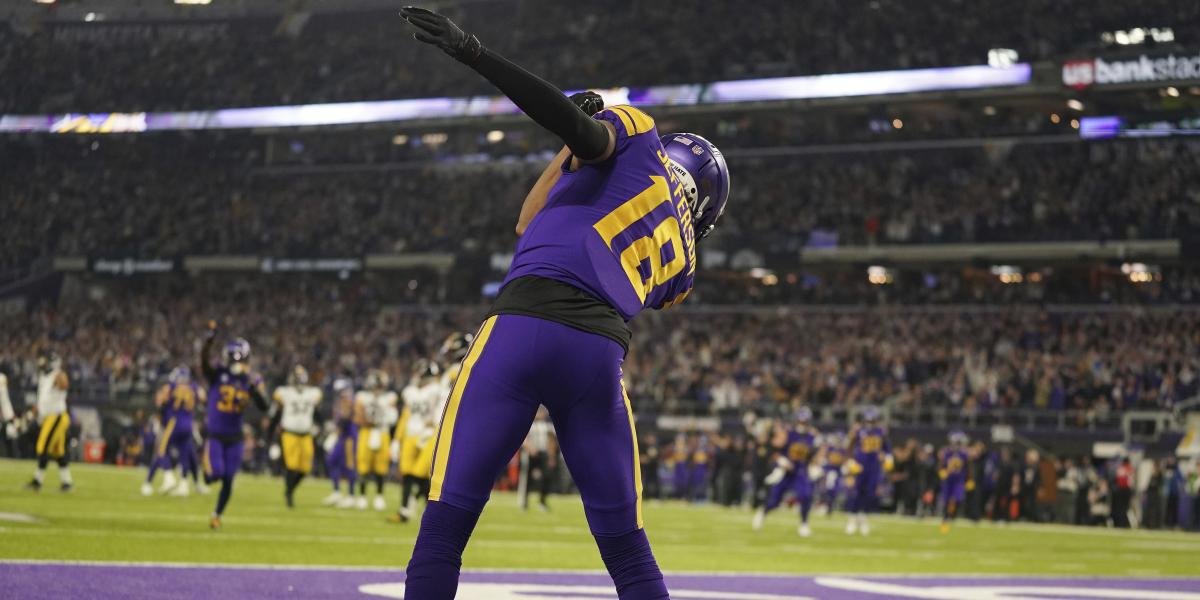 Justin jefferson, wide receiver of the Minnesota Vikings, on Sunday broke the record for passing yards for a player in his first two seasons in the National Football League (NFL).

Jefferson broke that statistic casually before Los Angeles Rams. It happened this Sunday while the third quarter of the game was being played. It was his third catch of the game. Received a 9-yard shipment from Kirk cousins and converted a play of third and 6. Thus, he completed 23 receiving yards.

The player of the Vikings he needed 21 receiving yards to break the mark. With 23 he set a new record of 2,758 yards.

Jefferson he had said during the week that he hoped to get the 21 yards needed for the record. “I need 21 yards, I’ve definitely been on the lookout for that,” he had said in an interview Thursday.

It was not easy for the player of Minnesota. He had the cornerback in front Jalen ramsey, one of the best in his position.

“I’m excited. I feel like I have been living for these moments, since I was a child. I am a natural competitor. I have been a competitor since I played in the backyard with my family. I am ready for the game, I have had it in my head for a long time. For me, it is a game of declaration, to consider myself and establish myself as one of the best in the league. I am definitely ready for it, “he had added in the aforementioned interview.

Despite the joy at having broken the mark, Justin jefferson sadly withdrew from the field of play. At US Bank Stadium in Minneapolis, it was a triumph for The Rams by 30 to 23.

Loading...
Newer Post
Chilean club is expelled from professional football for irregularities in contracts
Older Post
Boxer is killed in the US while going to Christmas dinner