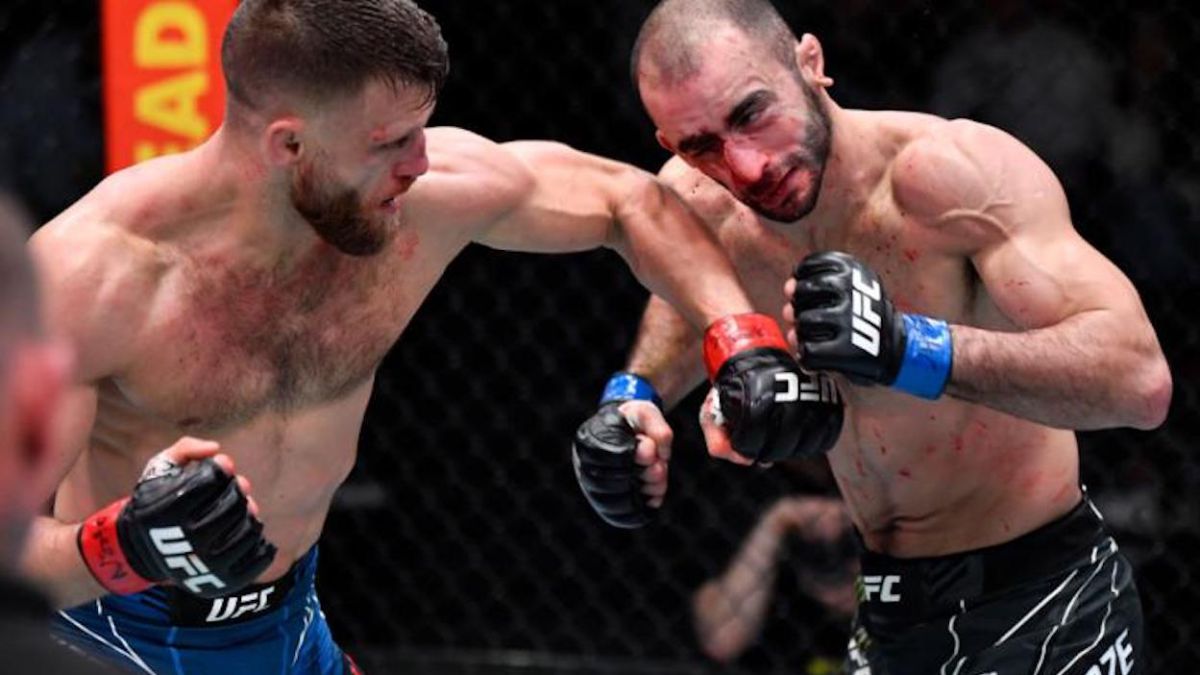 Seven wins in the UFC, ending his last two rivals (the toughest of his career)... Giga Chikadze He arrived at his best moment at the second star i

Seven wins in the UFC, ending his last two rivals (the toughest of his career)… Giga Chikadze He arrived at his best moment at the second star in the UFC of his life. He was slightly favored Calvin Kattar, who had been inactive for a year and the last time in the octagon had his toughest fight: he conceded 445 punches against Holloway. Despite this, the American was fought in a thousand battles and that made the reading equal. The experience weighed more than the flight brought by the Georgian. Kattar won very clearly in the main event of the UFC Las Vegas 46. No judge had any doubts and he won all the rounds (50-44, 50-45 and 50-45).

Chikadze, who looked like a title challenger, came out brave and a slip from Kattar caused him to dominate on the ground. He tried the submission, but the Massachusetts man reversed the situation and was closer to victory. First big energy expenditure for the Georgian. In the second round both already fought on their feet, as expected, and Kattar was better. He landed more powerful punches and marveled with his elbows. Chikadze was trying to find a gap, but was unable to connect clearly.

The third round was brave. They both crossed shrapnel without hesitation. The fireworks that were planned appeared, but Chikadze’s gunpowder was wet. Kattar’s precision was too great a slab, and the American cut the Georgian and punished him a lot. In the last two acts the dynamic was the same. Kattar, precise, added damage to his opponent and Giga, whose physique was abandoning him, was increasingly unable to hit. Chikadze has material for the big fights, but he still has a long way to go. Kattar, for his part, had just lost two of his last four fights. It is among the top five in the ranking for a reason. The title begins to glimpse for him.

Loading...
Newer Post
Real Madrid demonstrates its superiority in Spanish football and is proclaimed champion of the Super Cup again
Older Post
Stafford of the Rams and Murray of the Cardinals, for their first win in the Playoffs