Kerman returns to the fight, on November 12 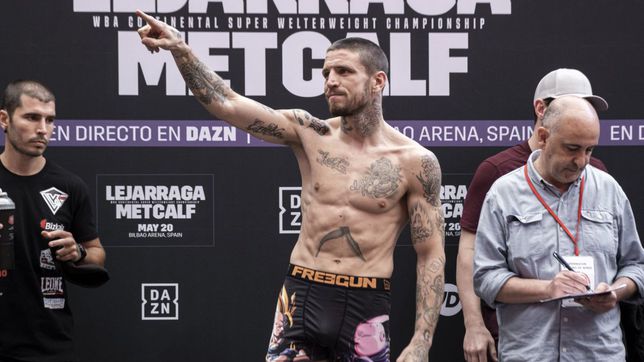 Kerman Lejarraga (34-3-0, 26 KO) experienced a bitter defeat on May 20 against Metcalf, who was proclaimed WBA Continental super welterweight champ

Kerman Lejarraga (34-3-0, 26 KO) experienced a bitter defeat on May 20 against Metcalf, who was proclaimed WBA Continental super welterweight champion and broke the Biscayan’s path to the World Cup. The bump against his old English sparring partner in Miribilla in front of 4,000 devoted followers caused him injuries, but these have already healed. On February 19 he turned 30 and he knows that he cannot stand up. On Saturday, November 12, he has a new appointment, although the place, the poster or the new opponent has not been specified.

Ibon Larrinaga’s pupil was being intractable at home, but he has three very hard blows, the first two in the welterweight against the Russian David Avanesyan. So he decided to move up to super welterweight. After losing to Metcalf he wanted to show integrity: “You don’t have to think about it too much. This is boxing, I have won many times, but sometimes you lose. We have to move forward, there’s no other way”, explained the ‘Revólver’ with resignation.

The face disfigured by the British punches could not hide the deep concern. Many hands entered him. “I saw myself with some crochet, that is what has happened”, he reflected. After two months in America, the evening was a serious wake-up call. He will have to think with Larrinaga how to direct the future. “It is not a step backwards. I will continue working with my team and what Urtzi says is what I am going to do”, he stated.

Cuban boxer denies that the government keeps much of the money from his fights
Andy Ruiz: From a $325,000 Rolls-Royce to this…
27 boxers go to the 2022 Olympic Boxing Festival
BOXING 4153