Kevin Cordero, the Spanish trump card in the Combate Cup 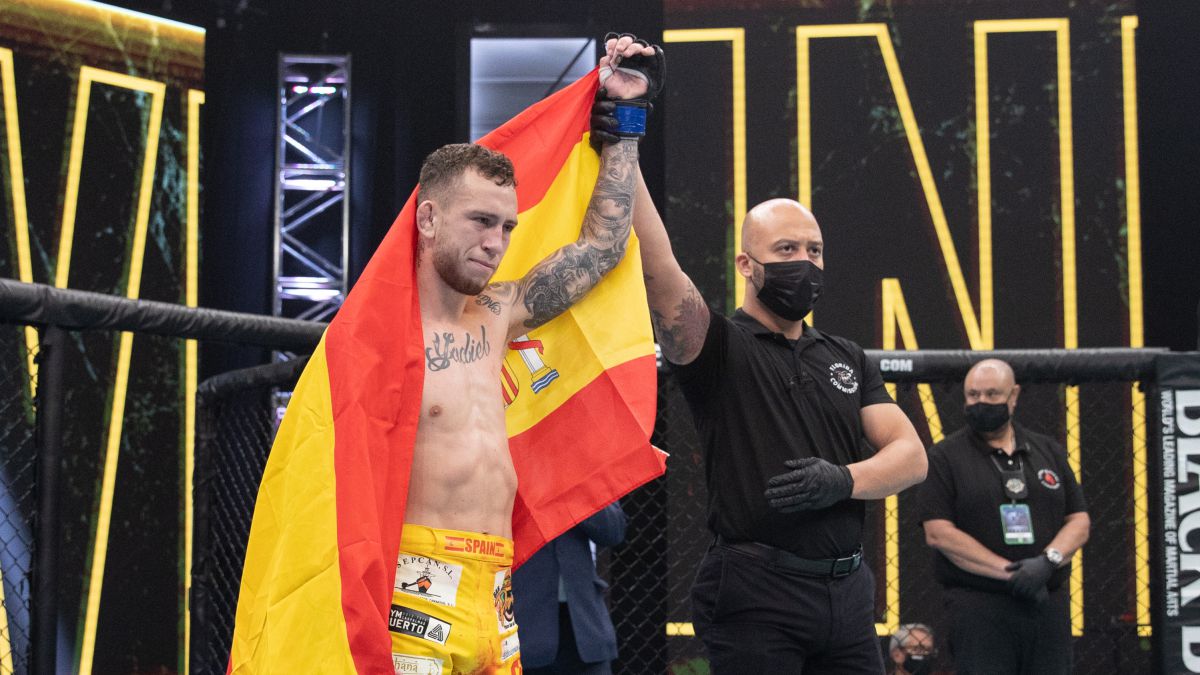 One night, eight wrestlers and a trophy worth $ 100,000. With that menu, the Global Combat Combat Cup (former Combate Americas) is very attractiv

One night, eight wrestlers and a trophy worth $ 100,000. With that menu, the Global Combat Combat Cup (former Combate Americas) is very attractive. In 2021 (December 12) he returns. With the entry of Univision, the company has become more international (before it sought to promote Latino wrestlers), therefore, there will be nationalities that will debut in the format.

Spain has always been represented and in 2021 it will have Kevin Cordero looking for the trophy. The 22-year-old from Gran Canaria is considered one of the fighters with the greatest projection on the national scene. Despite his young age, he already has 14 fights as a professional (11-2). He has been doing contact sports since he was seven years old (he started with kickboxing) and since he was 14 with MMA. “TI burned a year and a half to start competing. After my first fight everything changed. I wanted to dedicate myself to this. I was crazy to debut as a professional, but my coaches were telling me that this was not the time. In the end I did it when I was 17 years old, “the Spaniard reminds AS.

After falling in his debut, where he was sorry to be the visitor, he has been climbing steps. He had a lot of rhythm in his early years, but from September 2019 to June 2021 he did not put me in the cage. “They took something from my life. I always trained, because it is something that I like, but I noticed that it was something incomplete“I point out. After a fight with the SCC company, he signed with them, but Combate Global knocked on his door.” I didn’t expect it, “he admits. The challenge they had given him was enormous. Sand he was going to face ex-Bellator Ricky Bandejas in his debut. It ended. “My corner believed more in me than myself. I believe it, but when I’m there. They trusted from the beginning. Despite how important that victory is, I see it as one more. It will give me a lot of experience, but now. My The team always helps me keep my feet on the ground and go little by little, “he adds.

Cordero, therefore, has the opportunity to take his career into a new dimension. “I know it’s a good tournament, but I only think about fighting. I really want to be in Miami“, he points out. Argentine Luciano Ramos (6-5) awaits him in the quarterfinals. “I don’t usually see my rivals. My team analyzes them and I just execute their plan. For a tournament like this we haven’t made too many changes either. We have only increased the volume of the workouts a little“, he concludes. With tranquility as the flag, Kevin Cordero goes for the greatest challenge of his short career. The Combat Cup awaits him.

Combate Global announces 8-fight MMA event, live on Paramount + this Friday
Junior dos Santos on his last stage in the UFC: “They were unprofessional”
Colby Covington, the reprehensible provocateur of the UFC
UFC/MMA 934