Kevin Garnett and the biggest transfer in history 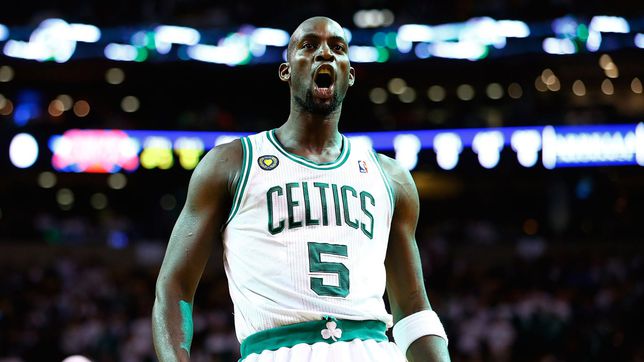 In times of transfers, it is never bad to remember what those that took place in the past were like. What is necessary and what is not in exchange

In times of transfers, it is never bad to remember what those that took place in the past were like. What is necessary and what is not in exchange for one player or another, how much does it cost to get a top-tier star and how many players and rounds of the draft do you have to give (or are you willing to give) to get someone signed. The Knicks’ latest offer for Donovan Mitchell (not for Kevin Durant, the most desirable star on the market in recent times) says it all: Evan Fournier, Obi Toppin, extra salary and five first rounds, at least two unprotected. The Jazz, who want much more, have said no. Are they right or are they wrong?

It’s not the first thing we see. Not even for a piece as valuable as Durant, one that can give you the ring, is he giving everything he can. The leaks related to the Celtics are a good example of this: the offer, always according to rumors, was from Jaylen Brown and Derrick White in exchange for the star. The Nets asked that Marcus Smart be included in the trade. In Boston, they were silent. There are those who say that they should have put Jayson Tatum in the transfer and keep everything else. The Celtics consider their franchise player impassable and they are not going to touch him. Once again, are you right?

On July 31, 2007, an earthquake occurred in the NBA: Kevin Garnett, a man who had spent 12 seasons and had played 927 games with the Timberwolves, left Minnesota to join the Celtics. In exchange, the Greens gave Al Jefferson, Ryan Gomes, Sebastian Telfair, Gerald Green, Theo Ratliff, more money, a first-round pick by Boston from the 2009 NBA Draft, and a first-round pick by Minnesota from the same draft. they owned from the transfer between Ricky Davis and Wally Szczerbiak in 2006 unprotected. In other words: seven players for one, an absolute outrage that was the largest trade in NBA history. Never have so many pieces been given by a single player. And, at the moment, it does not seem that something similar will be repeated.

In context and within an absolute a posteriori rationalization, there is a certain understanding in that transfer. Garnett, emotionally and sentimentally attached to the Timberwolves, asked for the transfer after three consecutive seasons without stepping into the playoffs, something they hadn’t done since 2004, when they reached the Western Conference finals after a titanic series against the Kings (4-3 with a final victory at the Target Center) and fell to the Play Station Lakers (Kobe, Shaq, Payton and Malone) 4-2 and with many injuries. The ascending dynamics of a very young entity whose result was then absolutely tremendous was then foreseen: small market, barely 15 years of history after landing in the NBA in the 1989 expansion and a reference like Garnett who became the MVP in that 2004 that is already very far away. However, things didn’t work out, the team went under and Garnett asked out…and she did.

The Wolves’ situation was not easy. When Kobe asked for the trade that same summer and met with Jerry Buss and Phil Jackson, the Doctor explained it perfectly: “If I had a four-carat diamond, do you think I would trade it for four one-carat diamonds? Well, no, in a value we will never achieve a value equivalent to what you contribute to the team”. The owner of the Lakers and his boundless vision of the future in all aspects of life, was right. Kobe didn’t come out, but Garnett did, and no matter how many pieces the Wolves received in the transfer, including some very interesting ones like Al Jefferson’s, they never got back on their feet and didn’t return to the playoffs until 2018. An almost gargantuan crisis that they didn’t even resolve. Rick Adelman on the bench, neither a promise like Kevin Love nor, of course, a Garnett who returned in 2015 to retire in the place he considered home and from which he parted ways due to management, that of owner Glen Taylor, who considered wrong.

The Celtics won that ring. The green tide created that year one of the most impressive defensive networks in history, causing its rivals to add the worst field goal percentage in the entire League and, at the same time, the highest turnover average, which in sum did not it had a precedent since there was a record of both statistical categories. And all thanks to Garnett, Best Defender and third in the voting for an MVP won by Kobe Bryant, defeated along with his Lakers in those Finals, the ones in 2008. And all of this only helps us to ask ourselves the million dollar question again, a flying over the NBA right now. How much do you have to give for one of the best stars in the best league in the world? Is it possible to get something remotely similar in a transfer, or will you always lose out? The million dollar question. We are in those.

Portland Trail Blazers – Sacramento Kings, live
The 5 players who have the most to prove in the NBA
NBA: Irving’s war reaches Congress: “This fascist NBA let Magic play with HIV and does not leave Kyrie for not being vaccinated”
NBA 3532