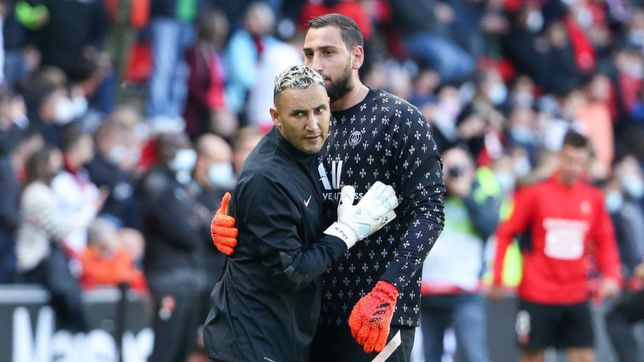 Keylor Navas is not having a good time at Paris Saint-Germain with just a couple of months to go before the 2022 Qatar World Cup begins. The experi

Keylor Navas is not having a good time at Paris Saint-Germain with just a couple of months to go before the 2022 Qatar World Cup begins. The experienced Costa Rican goalkeeper and former Real Madrid player can’t wait to get minutes of action with PSG and his place is currently in the substitution, since the starting position with the Parisians belongs to Gianluigi Donnarumma.

This Wednesday, September 21, marks four months since the last official match that Keylor Navas played with Paris Saint-Germain, since then he has not been active again. May 21 of this year was the last time that the Costa Rican goalkeeper played an official match with PSG and he did so in the 5-0 win over FC Metz at the Parc des Princes.

Navas saw action in some friendly matches as part of PSG’s pre-season, but since the start of the current campaign he has been erased by strategist Christophe Galtier and the outlook does not look good for the rest of the season, so the emerged in Deportivo Saprissa could seek an exit after the Qatar World Cup 2022.

Keylor will rest on FIFA Date

Luis Fernando Suárez, technical director of the Costa Rican soccer team, did not take Keylor Navas into account for the friendly matches of the Costa Rican team on this FIFA Date. Suárez praised Keylor’s quality and preferred to observe other goalkeepers in order to know what elements he will take to the World Cup, although it is very likely that Keylor will jump to the World Cup as a starter with Costa Rica.