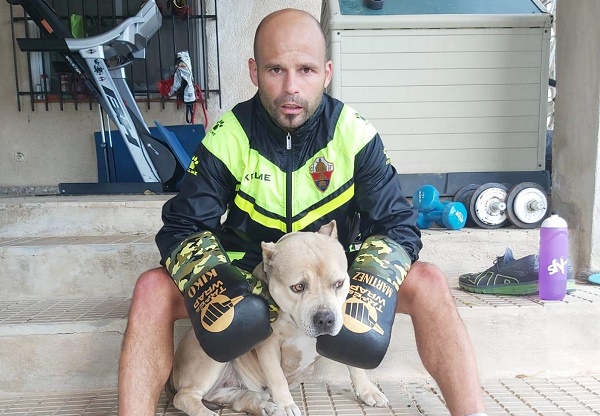 Christian Teruel@Chris_Le_Gabach As ironic as it may seem, there are times when I think the Rocky movies did boxing more

As ironic as it may seem, there are times when I think the Rocky movies did boxing more harm than good. Or, rather, the boxer. And it is that, in a certain way, Sylvester Stallone represented the figure of the boxer in Rocky so well, that it ended up influencing the fan’s vision too much. His way of capturing the sorrows, the vicissitudes, the daily life and the small and great victories of a boxer was so precise that he has ended up seeing himself in the opposite way. I mean, it seems that he is now the boxer who makes an incarnation Rocky Balboa. And this, in a way, is unfair insofar as it obscures the true story of the person, which can be just as cinematographic and interesting.

When Kiko Martinez spectacularly won the World Championship against Kid Galahad, the much-worn label of Rocky was immediately attached to it. There were not a few who saw in the conquest of the veteran, who comes back and overcomes a situation with everything against it, the umpteenth materialization of the character created by the American actor. However, the history of Spanish does not need to be covered by any fiction, no matter how mythical it may be.

And it is that the career of “La Sensación” does not need analogies to be admirable. Everyone knows his fights for almost the five continents (only Oceania would be missing). From Buenos Aires to Osaka, from Johannesburg to the United Kingdom, going through a broader collection of Spanish cities than that of any musical orchestra focused on village festivals. From north to south, from east to west for all kinds of scepters. Whether they are Spanish, European or world championships. And against world-class champions like Scott Quigg, Leo Santacruz and Gary Russell Jr. among others. Battles as epic as those against Carl Frampton and Josh Warrington, which make Rocky vs. Drago or Clubber Lang look like a retiree fight in the warehouse over a misplaced domino. All this with ups, downs, victories, defeats, injustices and more victories.

Some may think that Kiko’s story does not have such a heroic tint as the script written by “Sly”. It is true that Elche is not as mythical a city for boxing as Philadelphia. That it has a beach, but not stairs like the ones that lead to the “Philly” Art Museum, and that Rocky was climbing in his morning run, belonging to one of the most iconic scenes in cinema history. That there is not so much sacrifice in training in the unfinished garage surrounded by toys from Kiko’s farm, as in using the cow bodies as a punching bag in the cold room where Rocky worked.

However, all these details belong to a fictional story. Although it is true that they are pieces of real stories of authentic boxers (the training in the cold room is inspired by Joe Frazier, for example), this is where Kiko’s value lies. Because his story is real and unique. Like the sacrifices, sweat, blood and tears shed by all those who dedicate themselves to the noble art. For this reason, and knowing that Sylvester Stallone did an outstanding job bringing the life of a boxer to the big screen, we have to start labeling boxers for who they are. Because Kiko Martínez is not Rocky Balboa. I don’t need him to do it.

Those who now think, never did anything for boxing
Unpublished: first full evening of women’s boxing
Boxing: Arregui won in Dubai and is a junior world champion
BOXING 4236