Knicks 109-126 Cavaliers | NBA: Ricky Rubio signs his greatest work in the NBA: 37 points, 10 assists and eight triples … in the Mecca of Madison! 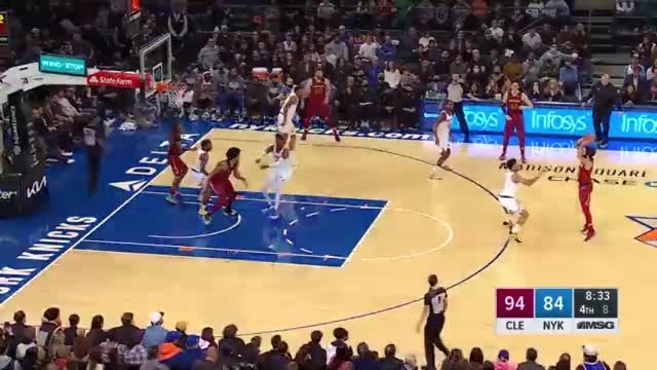 Knicks 109-126 Cavaliers | NBA: Ricky Rubio signs his greatest work in the NBA: 37 points, 10 assists and eight triples … in the Mecca of Madison!

ANDl Spanish base Ricky Rubio lived his big night since he came to the NBA this Sunday when about the legendary track at Madison Square Garden exhibited the best qualities of his “showtime” game that allowed him to score 37 points and lead your new team of Cleveland Cavaliers to the overwhelming triumph of 109-126 in front of the local Knicks.

Rubio, who continued as the Cavaliers’ sixth man, managed his best score as a professional when scoring 13 of 19 shots from the field, including 8 of 9 triples, and 3 of 3 from the personnel line.

Ricky Rubio smiles after scoring a triple at Madison

The El Masnou player came out on the court on fire and during the 31 minutes he played he was unstoppable for the Knicks defense who saw Rubio score the first four shots he made from outside the perimeter.

TECHNICAL DATA OF THE MATCH

But if his scoring inspiration was the best since he came to the NBA, his presence under the hoops was with three defensive rebounds, and nothing to say about his contribution in the direction of the game when distributing other 10 assists who gave him double-double at the end of the match.

The Rubio’s previous scoring record was 34 points when he was playing with the Utah Jazz and they faced the San Antonio Spurs in 2018.

Rubio said he was happy with the individual brand, but above all because the team is on the right track, winning, maturing and becoming more competitive.

That is what it is all about, to improve every day a little more and seek the maximum performance that all the players can contribute

“That is what it is all about, improving a little more every day and seeking the maximum performance that all the players can contribute to the team,” said Rubio.

Rubio’s brilliant performance allowed the Cavaliers to have winning mark of 7-4 after having gotten the fourth consecutive win.

Another tall man, the pivot Jarrett allen took it upon himself to impose his dominance under the hoops by getting a double-double of 18 points, 17 rebounds, distributed four assists and recovered two balls.

The performance of Mobley and Allen together is increasing every day and they have become one of the most important pairs of tall men in the NBA.

The Cavaliers finished the game with 48 rebounds for just 32 for the Knicks.

The escort Darius Garland reached 16 points and completed the list of the four Cavaliers players who had two-digit numbers.

Bad timing for the Knicks

While the team ended up with a 55 percent correct shooting from the field and 54% from 3-pointers, without ever having an answer from the Knicks (6-4), who lost their third game in their last four games.

In the matches that we have won, we have done so by prevailing in the melee fight

“In the games we have won, we have done it by prevailing in the melee fight,” said Cavaliers coach JB Bickerstaff. “We won the competition. The dirty work. The brave part. We don’t always have to be spectacular and we have shown it.”

Power forward Julius Randle led the Knicks with 19 points, but he could do nothing in the fight of the inside game against Mobley and Allen by capturing just seven defensive rebounds.

“I feel like there are times when we can’t stop,” Randle said of the recent losing streak. “Our performance has to be better.” 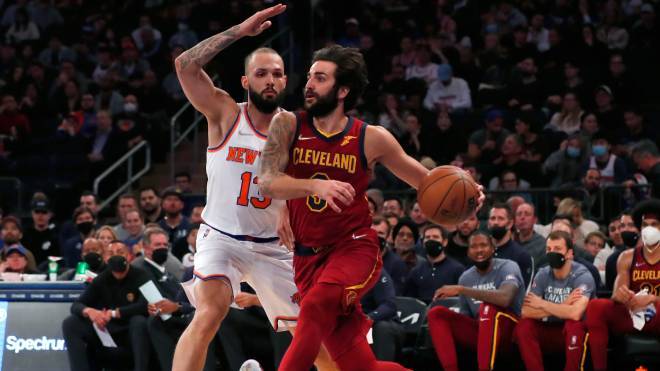 While the veteran base Derrick Rose, who started as a starter, completely lost the individual match against Rubio by staying with 15 points and five assists. French forward Evan Fournier also had the same score as Rose.

Down with 57-56 at halftime, Cleveland edged the Knicks 18-33 in the third quarter to enter the last period with a partial advantage of 75-89 and Rubio on.

New York only hit 9 of 31 with shots from outside the perimeterwhile Cleveland was 19 of 35 correct.

Cleveland announced late in the third quarter that point guard Collin Sexton would miss the remainder of the game with a left knee injury.

Before leaving the field, he contributed eight points and four assists in 12 and a half minutes. Bickerstaff did not have an update on Sexton’s condition when he spoke to reporters after the game.

The Cavaliers have Sexton and Garland as the starting team of the future, while Rubio brings experience, class, leadership from the bench and against the Knicks an unforgettable night of great basketball.

Tags: New York Knicks, Ricky Rubio, basketball nba
NBA: Lamar Odom wins over Jennifer Lopez’s ex-husband in his new life as a boxer
NBA: Stephen Curry is completely crazy: from the logo and on the horn as if it did not cost
NBA: Usman Garuba asks for minutes based on rebounds but cannot with the power of the Spurs
NBA 4166