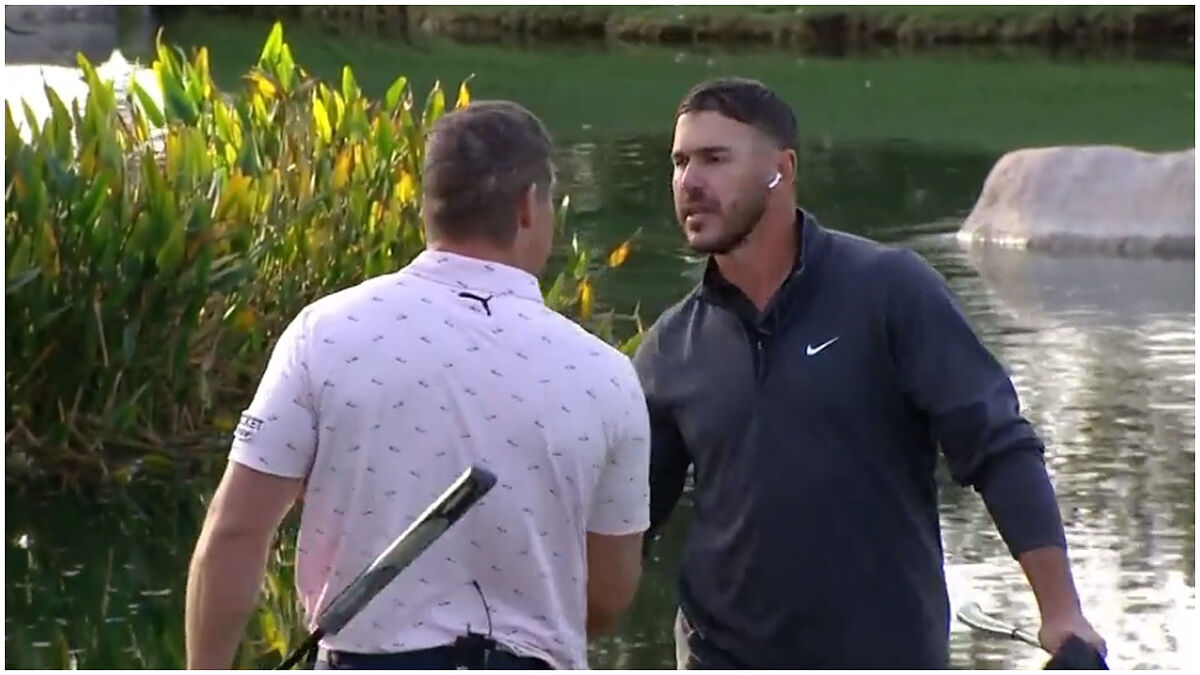 Cplow to face on a golf course. Without anyone else. Bryson DeChambeau and Brooks Koepka, alone with 12 holes ahead. Both starred in the fifth edition of The Match, an exhibition match set up for television enjoyment that began in 2018 with a duel between Tiger Woods and Phil Mickelson.

DeChambeau and Koepka took their recent mishaps to the field, which seemed buried during the Ryder Cup. His problems became evident in the PGA Championship, when DeChambeau &#8216;trolled&#8217; Koepka while he was being interviewed live. of four &#8216;majors&#8217; of illiterate. Later Koepka bought beer to a group of &#8216;haters&#8217; who annoyed DeChambeau during the Memorial who was interrupted by the shout of &#8216;Brooksie&#8217; (by Koepka).

The sporting duel, at the Wynn Golf Club in Las Vegas, came out with the triumph of Brooks Koepka over Bryson DeChambeau by 4 and 3. &#8220;I&#8217;m not going to lie, I just wanted to give you a good spanking&#8221;Koepka told DeChambeau on winning the ninth hole.

Koepka scored the second hole with a birdie putt of about 15 feet.. Then he added two more birdies on 5 and 6 to get 3 holes up.

DeChambeau missed a biride putt at the 8th, while his rival s hit. On par 3 of hole 9, DeChambeau conceded the match after missing another birdie putt. &#8220;Hopefully there will be a rematch soon,&#8221; DeChambeau said.

Tags: sports Center, Golf
G Lounge, the largest indoor golf in Latin America
Golf party is coming in the Country
VIDEO: The striking resemblance between Tiger Woods and his son when it comes to playing golf
GOLF 442