Kokrak is disqualified… for not finishing a hole! 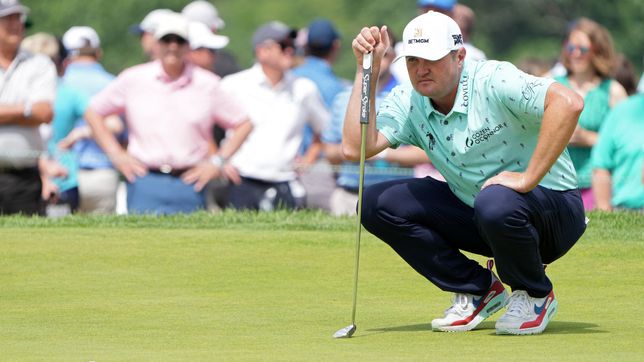 Three-time PGA Tour winner Jason Kokrak left one of the strangest disqualifications in golf history last night. As reported by the North American

Three-time PGA Tour winner Jason Kokrak left one of the strangest disqualifications in golf history last night. As reported by the North American circuit, the golfer’s expulsion after the second round of the Travelers Championship occurred “for not registering a result on his card on his last hole (number 9) of the second round and, subsequently, not being able to return a valid result ”.

What happened at TPC River Highlands, where the tournament is taking place these days, is that Kokrak refused to finish his last hole. After a very bad second shot, in which the American sent his ball to a path where spectators are walking, far from the green and out of bounds, the golfer left the course instead of dropping and finishing the hole. At that time, Kokrak was on par and was not going to make the cut, but he decided something never seen before.

Jason Kokrak appears to have been disqualified for hitting his second shot on his last hole 44 yards over the green into spectators on the road, then just gotten in his car and driven off to join the LIV tour without even submitting a scorecard. Growing the game! pic.twitter.com/GvpTZ0yFNv

This may be Kokrak’s last memory on the PGA Tour, as the American has been linked with LIV Golf in recent days. Jason achieved his first victory on the North American circuit in 2020, when he was already 35 years old. Two more wins came in 2021, and he had established himself as one of the fixtures in the most relevant tournaments.

The second day of competition in the Travelers Championship ended with Xander Schauffele standing out in first position, with -14 on his card thanks to his second consecutive day of 63 strokes. The American is five shots ahead of a chasing pack of Patrick Cantlay, Harris English, Nick Hardy, Cam Davis and Kevin Kisner. Rory McIlroy, leader after the first day, lost his advantage yesterday after a par lap, marked by a quadruple bogey when he led the classification alone.