Kyrie Irving seals record after adding 60 points in the NBA 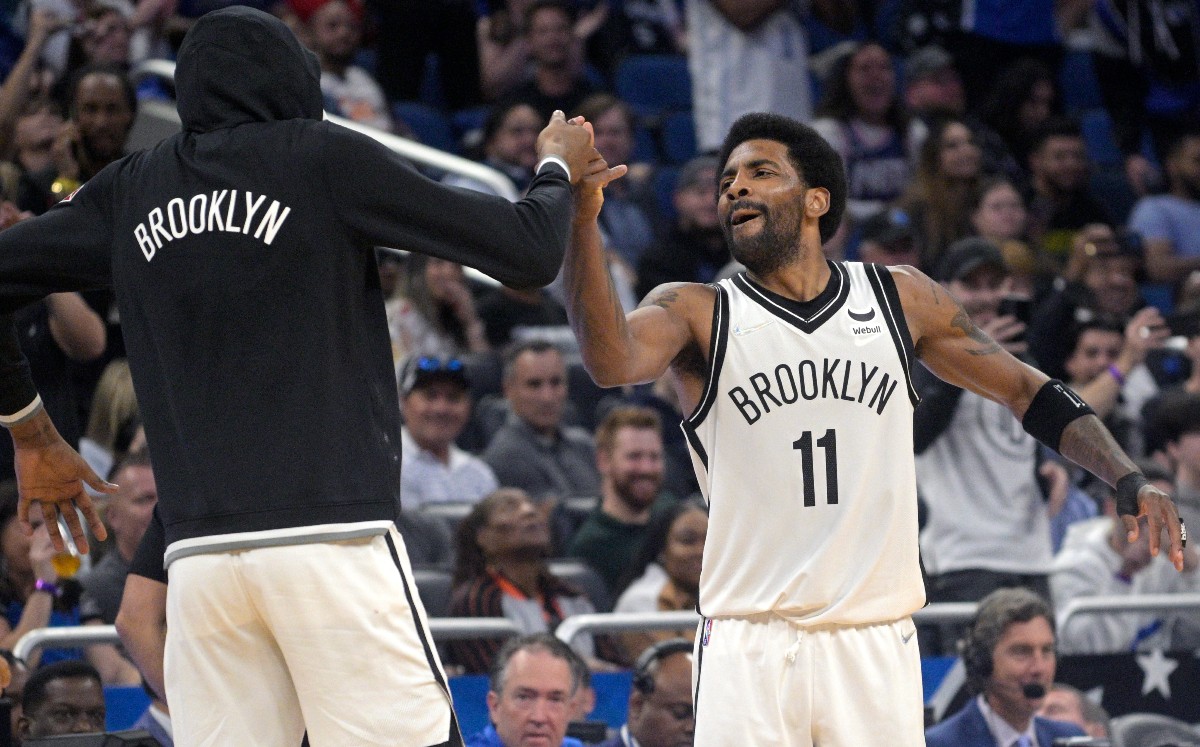 Kyrie Irving sealed his NBA record for points and the record for a Brooklyn Nets player on Tuesday, crushing the Orlando Magic with 60 poi

Kyrie Irving sealed his NBA record for points and the record for a Brooklyn Nets player on Tuesday, crushing the Orlando Magic with 60 points in his team’s resounding 150-108 victory.

Irving, who is still unable to play the Nets’ home games due to not complying with the current vaccination requirement in New York, made history in the visit to Orlando, by improving his previous record (57), achieved in 2015, by three points. against the San Antonio Spurs.

After seeing his team as a fan last Sunday in the New York derby, buy a field ticket, something that is allowed by the New York health mandateIrving once again lit up the game on the court.

He finished the game with 60 points, six rebounds and four assists, with 20 of 31 shots and eight of twelve triples in 34.56 minutes on the court.

And that his game ended after the record triple, as Irving retired with seven minutes to play in the last period, with the game already widely sentenced.

He celebrated it between smiles with Kevin Durant, with whom he forms the last couple in NBA history capable of scoring more than fifty points in two consecutive games. Durant had 53 last Sunday in a win against the Knicks at the Barclays Center.

Irving had 41 points at the break, with 74% shooting and 6 of 7 on 3-pointers, which represents the second-best performance in the last 25 years in the NBA. Only Kobe Bryant did better, with 42 in 2003.

Even LeBron James reacted to Kyrie Irving’s amazing performance with a tweet midway through the Orlando game: “‘Ky’ cut it out! Not really (don’t stop).”

And Irving didn’t stop, far from it. He continued to dominate the game and scored another 19 points for a memorable night in his career and in NBA history. A performance that clashes with what is usually seen in the Nets’ home games, in which Irving cannot compete.

On Monday, the NBA fined the Nets $50,000 for letting Irving into the locker room after winning the derby over the Knicks last Sunday.

On the same Sunday as the match, the mayor of New York highlighted in a public speech that “Irving can compete now, if he gets vaccinated”by responding to requests to modify the current health mandate.

The Nets, who have four consecutive wins, are currently eighth (36-33), and would need to play the “play in” to access the “playoffs”.

At this time, the Nets would face the Toronto Raptors, seventh, so they should risk their lives in the visit to Canada, where Irving will not be able to enter because he is not vaccinated.

Loading...
Newer Post
These are the players with the most assists in football history
Older Post
Which boxer did Mike Tyson bite and why? That’s how…