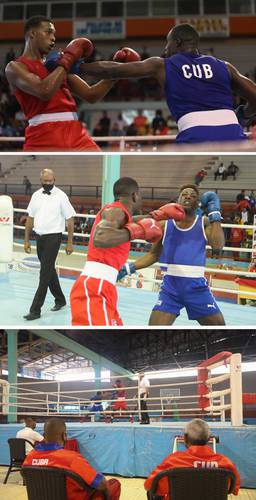 Cuba remained intact to the commodification of sport. From being a nation with few successes on the field, it became a recurring presence in the

Cuba remained intact to the commodification of sport. From being a nation with few successes on the field, it became a recurring presence in the medal tables of world competitions and the Olympic Games. After the triumph of the revolution, he has won 229 Olympic medals.

A decision based on principles, but also ideological, and above all geopolitical, since Cuba followed the route traced by the countries of the socialist bloc led by the Soviet Union. Athletes would no longer sell their effort. Since then, the State has become a promoter and provider of resources and salaries for athletes.

Havana has long suffered from the desertion of talent in various disciplines, but more frequently in baseball, boxing and athletics.

Former President Fidel Castro was forceful in condemning the flight of Cuban athletes and coaches in the middle of the competition. It happened with the boxers who later achieved fame and large sums of dollars in professionalism in the United States, Erislandy Lara and Guillermo Rigondeaux, who tried to escape during the Pan American Games in Rio de Janeiro.

In recent years, the government has tried to build mechanisms that allow its athletes to integrate into professionalism without having to defect. In the United States Major League Baseball alone, there are 28 players born on the island.

A historic agreement in December 2018 between authorities in Havana and the Major Leagues allowed baseball players from the island to legally play in the US professional system. That deal was annulled by then President Donald Trump. However, it remains in Mexico and Japan.

Last March, the Cuban Boxing Federation announced the signing of a contract with the company Golden Ring Promotions –owned by Mexican Gerardo Saldívar– that allows the return of amateur boxers to the professional circuits. The place chosen for the first fights –agreed for six rounds in May– is Aguascalientes, a kind of headquarters for the island’s boxing team since before competing in Tokyo 2020.

In that summer fair, qualified fighters such as Julio César La Cruz, Roniel Iglesias, Arlén López and the young sensation Andy Cruz won four of the seven gold medals won by Cuba. For this reason, added to the warm climate and geographical location, they chose Aguascalientes.

While some believe that this measure will serve above all to contain the desertion of boxers, the president of the Cuban Boxing Federation, Alberto Puig de la Barca, assures that his main objective is to improve the technical level of Cuban boxing without breaking ties with his country.

“This is not the boxing of the 1980s, when the blood and interest of businessmen predominated, because it has been humanized. Now we have to prepare to face the best fighters both in the Olympic Games and in the World Games, Pan American and Central American contests”, he maintains from the island.

“We joined the professionalism convinced of the advantages it has for our fighters, trainers and the medical part (doctors, physiotherapists and psychologists), who also seek an economic benefit.”

The earnings, from bonuses or fights, will be 80 percent for the athletes and the remaining 20 will be shared between the boxer’s team (15) and the medical staff (5).

This will not affect the amateur tradition of the island, since the priority will continue to be the Olympic commitments over professional fights.

The Cuban boxing school, one of the most recognized, currently has 40 boxers, two sports doctors, two physiotherapists, a psychologist, as well as dietitians and staff who participate in training.

“Why not think that in two years, maybe two and a half, a Cuban and a Mexican can compete for a world title?” he asks. “Mexico has an excellent quality in professional boxing, I am convinced that it is a real possibility.”

By mentioning it, Puig evokes several memorable episodes of the Mexico-Cuba relationship in boxing. especially the names of Butter Napoles and Ultiminio Ramos, former world champions who lived in Mexico and left a deep mark on this country.

Miguel Baro, nicknamed The science and born in Havana, lives it from exile. “This is a measure that serves so that young athletes do not leave Cuba,” he comments; “The flight of ballplayers and boxers has been great, but I am sure that if a young man is given a choice, he prefers to stay with his people, in his country and in his neighborhood to share the success of his sport.”