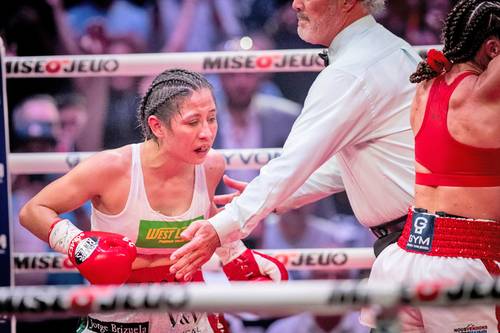 On Friday night, Yesenia Gómez lost the light flyweight world championship against Canadian Kim Clavel in Montreal. An indisputable defeat by unanimous decision and with cards that coincided with a 10-point advantage for the winner.

Gomez, the Little girl as they nickname her, she won that belt in 2018 from Esmeralda Moreno. She has since successfully defended him four times, but she failed to protect him on his first trip out of Mexico.

“The women’s boxing market has grown too much in the United States and Canada and Mexican women are facing an international reality that is surpassing them,” Esmeralda considers; “Since she beat me, Yesenia had no complicated rivals, and now that they take her abroad to face another level, because she doesn’t give the width, as has happened to other tricolors.”

Moreno explains that there has been a very solid development not only technical and athletic, but also in the promotion and support of women’s boxing in that region of the continent, something that has left Mexican women at a certain disadvantage.

“I belong to a generation together with Kika Chávez and Zulina Muñoz, who got fired up in very adverse conditions”, recalls Esmeralda; “We went out to fight abroad and sometimes in pesos that were not ours and we overcame with pure heart.”

Some champions in Mexico – she continues – only fight at home and with rivals who do not represent danger. That is the way – he says – how they keep their belts.

“Now that they are faced with reality, on another level of boxing, they seem at a disadvantage.”

Boxing convenes this Friday at Club Ciudad
Canelo vs. Floyd Mayweather: Which boxer has the greatest FORTUNE?
Boxing: The scandalous offer for Canelo to face Bivol and Golovkin
BOXING 3637