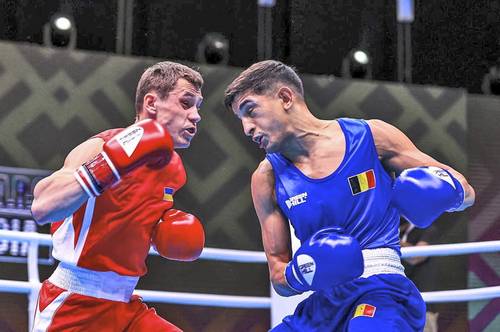 Olympic boxing is in serious risk of disappearing, affirms the president of the Mexican federation, Ricardo Contreras, regarding the decision of the International Olympic Committee (IOC) to once again ignore the international organization that managed amateur boxing.

A couple of years ago, the IOC ignored AIBA as the organizer of world amateur boxing and responsible for the tournaments and qualifications for the Tokyo 2020 Games. It was the committee itself that was in charge of preparing the qualifiers for that edition.

After AIBA underwent a structural change, pending recognition, even changing its acronym, last month the IOC again rejected that this entity is responsible for amateur boxing. The reason is the same: lack of transparency in governance and suspicion of bad practices.

The problem has been allegations of poor transparency in governance and accusations of fight fixing at the 2016 Olympics.explains Contreras.

The rulings in Rio de Janeiro called into question the transparency of the fights and there was talk of corruption in the judges, who were even sanctioned, but it has been difficult to prove that there were arrangements, I am not saying that it does not exist, but confirming it is very complicated.

Contreras regrets that the damage to the reputation of this sport, as it leaves it under very severe scrutiny. It is something delicate, he admits, but where those affected turn out to be the least responsible; that is, athletes who strive to excel and are left in unfair situations.

Leaving boxing out of the Olympic program would be a death blow to the sportcontinues Contreras; It is not for doping, but for something that stains its history, for suspicions of fixing fights to benefit certain countries with power in world sport, but that is not the fault of the competitors, but, in any case, of leaders with interests.

For now, potential Olympic boxers already have a dilemma in front of them. Before, explains Contreras, there were up to three tournaments to get a ticket to the Games. One was played against countries from the same continent, another at the world level and there was still the possibility of a playoff. In the new environment there is only one global competition which drastically reduces the chances of qualifying.

Boxing is under very severe surveillance. If not for Paris 2024, its inclusion in the Los Angeles 2028 Games may be at risk if there are no agreements on governance and transparency. Meanwhile, the boxers and boxers train without knowing if they have one or two tournaments to get a placeends.

Loading...
Newer Post
Football of the neighborhoods, in the Banco property
Older Post
Ryan Garcia responds to Mayweather on fight with Gervonta Davis: “at any weight, anywhere”