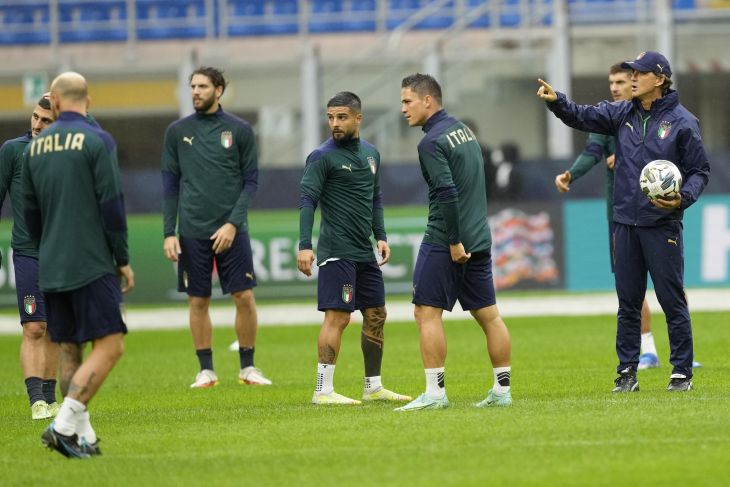 Europe enters the last act of the group stage of its qualifying rounds towards the 2022 World Cup and some of the continent&#8217;s most important teams are not yet assured of their presence in the Qatar tournament.

At the moment, Germany and Denmark are the only ones with the certified ticket. Europe has 13 places for next year&#8217;s event and, between today and next Tuesday, the identity of eight more will be known.

Sunday&#8217;s programming should cover the mouths of those who insist the playoffs offer little excitement. Three groups will be decided when their best two teams meet on the final day. The winners will start planning the expedition to Qatar, while the losers will have to play a play-off in March, needing to beat two or more rivals to qualify.

Sunday&#8217;s day begins with a rematch of the 2018 World Cup quarterfinals: Croatia at home against Russia. The Russians are two points clear in their group ahead of today&#8217;s games, when they host Cyprus and Croatia visit Malta.

Later on Sunday, Spain, the 2010 World Cup champion, and Portugal, the 2016 European monarch, will jump into action.

Portugal, with Cristiano Ronaldo trying to participate in its fifth World Cup, host Serbia, the group leader. Portugal is a point behind, but today they face Ireland.

Spain, with nine casualties, receives Sweden, who will have Zlatan Ibrahimovic back. Before the duel in Seville, the Swedes lead by two units before facing Georgia today, when Spain visits Greece.

Italy, who lost four players through injury, will have their own tug-of-war tomorrow as they host Switzerland in Rome. Both have the same number of points, but the European monarchs have better goal difference. On Monday, Italy will visit Northern Ireland and Switzerland will be local against Bulgaria.

France, reigning world champion; Belgium, the first in the FIFA rankings and England, finalist of Euro 2020, will surely avoid the hot flashes of the last day.

The French can secure first place in their group by beating bottom side Kazakhstan in Paris on Saturday. The Belgians maintain a difference of five points before facing Estonia and Wales. It is enough for England to beat Albania tomorrow at Wembley Stadium to be virtually qualified.

The second places in each sector will compete in the playoff phase in March. Poland and Scotland seem headed for that instance.