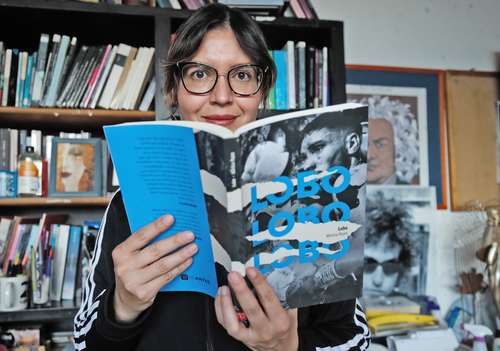 If historically men have spoken for women, "it's okay that, suddenly, we are the ones who enter their worlds not only to criticize them, but to tr

If historically men have spoken for women, “it’s okay that, suddenly, we are the ones who enter their worlds not only to criticize them, but to try to understand them”, considered the writer Mónica Rojas.

Based on such consideration, the journalist also entered the boxing world, whose nooks and crannies until recently were closed to women, from there to criticize “the world of males” and discuss the roles of gender that perform in society.

Such is the substratum of the novel Wolf, with which the author born in 1983 in the city of Puebla makes her debut in the genre. A black court work that addresses the story of a young boxer disrupted by violence and crime, in which he reflects on issues such as machismo, poverty, the marginalization of childhood and abandonment.

Published by Nostra Ediciones, in its Nuevas Letras collection, the book was presented Thursday night with a virtual chat between Mónica Rojas and her counterpart Liliana Blum, broadcast through the social networks of El Sótano bookstores.

According to Blum, Wolf “It is a novel in which many things are denounced because, curiously, where there are many males, testosterone and violence, many drug czars, money and others, which are things in which, let’s say, men have more to do, there is always the reverse, the seam of the clothes, and there is that feminine world present, although not with the same glamor”.

Although due to its theme, and even its cover, the book seems to exalt masculinity, that violent and macho part of boxing, in reality it is quite the opposite, clarified Mónica Rojas, who pointed out that in this work she used the satire and criticism to talk about female figures.

“Figures that perhaps at first reading could seem submissive and weak, but if we read them carefully and understand them well, we will realize that they are women who transgress many limits and within their status quo they dare to make decisions and move the balance despite the fact that, within their own limits, they do not have much field of action”, he explained.

“Because (boxing) is a purely masculine world, or not so masculine anymore, since obviously there are women in the business as well, but they have had to masculinize themselves to be part of that universe. They are characters who suddenly do deceive, they represent a challenge for the reader to understand, love or hate them; but, in addition, the characters, and that was the main intention, were excuses to speak in a superlative way about evils and vices that concern us all”.

According to Mónica Rojas – who began her career as a journalist at the age of 19 as a reporter for a news story in The Journey of the East–, the protagonist of this novel is not the boxer named Lupe The wolf Quezada.

This role falls on the instincts and fears of that boxer and how both aspects are confronted in an everyday place that may well be the ring of boxing or of everyone’s life, he said. “How many times have we not had that fear that paralyzes us or throws us to make decisions!”

First Venezuelan to win a world boxing title is received by the president in Miraflores
Mike Tyson meets Muhammad Ali’s undefeated grandson, Nico, when the boxing legend invites him to meet his beloved pigeons.
Boxing: Nonito Donaire wants to settle accounts with Naoya Inoue in the rematch
BOXING 3635