La Jornada – With disadvantageous fights, in the US they take away titles: Yuliahn Luna 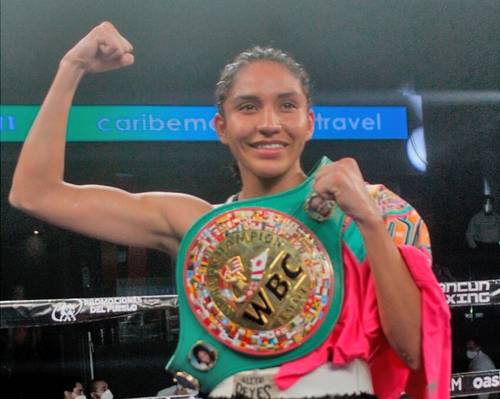 Women's boxing in Mexico seems trapped in a bubble. Without significant progress, as if the decades of apparent development dissolved to leave it

Women’s boxing in Mexico seems trapped in a bubble. Without significant progress, as if the decades of apparent development dissolved to leave it suspended in the air. There is pessimism, or frank despair, in the testimony of Yuliahn Luna, bantamweight champion by the World Boxing Council, who won the title on October 31, 2020 and since then has not been able to make any defense.

In contrast, last week, a popular sports network released the boom of women’s boxing in the United States. If it took decades to be accepted by an industry there, in recent years it had a surprising growth and promotion. In 2021, for example, middleweight champion Claressa Shields starred in an unprecedented pay-per-view feature. Among the figures that the media indicated as prospects for 2022, no Mexican appears.

“It’s sad because before the Americans came to Mexico because there were no opportunities in women’s boxing there,” says Yuliahn; “here we were ahead, there was more activity; today they hire us in the United States only to lose, to bring them the belts they need to promote their careers, as has happened to several colleagues”.

Ibeth Zamora lost the flyweight title to former US Olympian Marlen Esparza in June 2021; this same she later defeated another Mexican, the former monarch Anabel Ortiz, who rose two divisions for that fight.

Featherweight champion Amanda Serrano, a Puerto Rican raised in Brooklyn, New York, also beat Chihuahuan Yamileth Mercado when she wanted to try her luck in a category above.

“We Mexicans cannot take advantage of the growth of women’s boxing in the United States because we only get offers to fight at a disadvantage. They want us to fight in weights that are not ours, as if they only wanted us to take the belt and not compete on an equal footing,” says Luna.

The wage differences between the two countries are incomparable; women’s boxing is no exception. A conference in 2017 in Mexico City where the rivals Yessica Kika Chávez and Esmeralda Moreno made a truce prior to their fight to protest the disadvantaged conditions in which women perform in boxing.

“When I won the world championship I thought that my career would improve, that my life would be very different, but today it seems worse. Since then I have been less active and I haven’t even been able to defend my belt”, laments Luna.

The comparisons seem shocking and absurd, but they serve to understand the developments between two realities. While in the United States women in boxing have finally entered the business, in Mexico it seems that they are returning to the hostile origin of decades ago. “So how are we going to figure in the growth of boxing in the United States. Without fights and without a future we cannot compete, although we are willing to do anything”, concludes Yuliahn Luna.

Friday amateur boxing at the Municipal Sports Center N2
New steps of Cuban boxing
Garca vs. Tagoe: Ryan Garca vs. Emmanuel Tagoe live: Schedule and where to watch the boxing match and the return of The King on TV
BOXING 4236