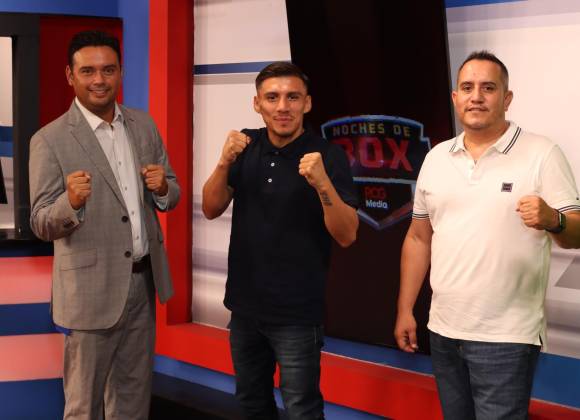 The Comarca Lagunera will receive a spectacular evening of professional boxing in the name of "Duel of the Titans", with more than seven fights, i

The Comarca Lagunera will receive a spectacular evening of professional boxing in the name of “Duel of the Titans”, with more than seven fights, it will be one of the best functions of recent times within the northern zone of Mexico. The appointment is next Saturday, July 16 at 7:00 p.m. at the Poliforum of the Torreón Fair, Coahuila, and will be televised by the home channel, RCG.

Fights from four to ten rounds will be starred by the best of the deck of the northern region, in addition, in the main event the two-time world champion Francisco “Chihuas” Rodríguez will be returning to the ensogados and will offer one more battle over the Coahuila enlonado.

Professional boxing continues to arrive in different cities of the state, recently it has stood out in Saltillo, Coahuila, thanks to the great efforts of the promoter Golden KO Promotions, an organization that will now take the experience of the sport of fists to lagoon territory.

The function promises too much, having an incredible meeting in the women’s branch like the one that will star the boxers in the name of Paulina Aparicio and Ambar Mendoza, two of the best fighters in the area, aimed at becoming future national and world champions. Aparicio arrives as the favorite for the date, but Ambar is a tough nut to crack and she could also leave the long-awaited date with her hand raised.

Gerardo Jasso and Jorge “Torito” Ortega will engage in the co-main event, a fight that is agreed to six rounds of pure dynamite in agreed weight of 62 net kilograms, they will have the task of satisfying the public prior to the mega-main event.

The fight that has all the expectations above is the one that will put an end to the tremendous night of fists, Francisco Rodríguez will face Erick “Habanerito” López, a simply unmissable fight that will seek to monopolize the spotlight of all those present.

Francisco Rodríguez is one of the best Mexican boxers of recent times, he has held a couple of strawweight world championships and has become a boxer highly avoided by the big names in the boxing world, the man from Monterrey will try to have a great night and annex a new victory to his very interesting record.

The coverage that this event will have will be unique, something never seen before in a boxing event in Coahuila. Live broadcasts through traditional media such as television and also through digital media, as well as first-rate treatment for attendees, make this date one of the most striking within the sporting events held within the state.

The ticketing has gone excellently, a few days before the long-awaited night, almost most of the tickets have already been sold. But there are still some available, prices range from $100 pesos in general to $2,000 pesos in the VIP box, going through areas such as platinum ($290), gold ($570) and fan zone ($910), you can buy your tickets at through the website www.boletea.com.mx