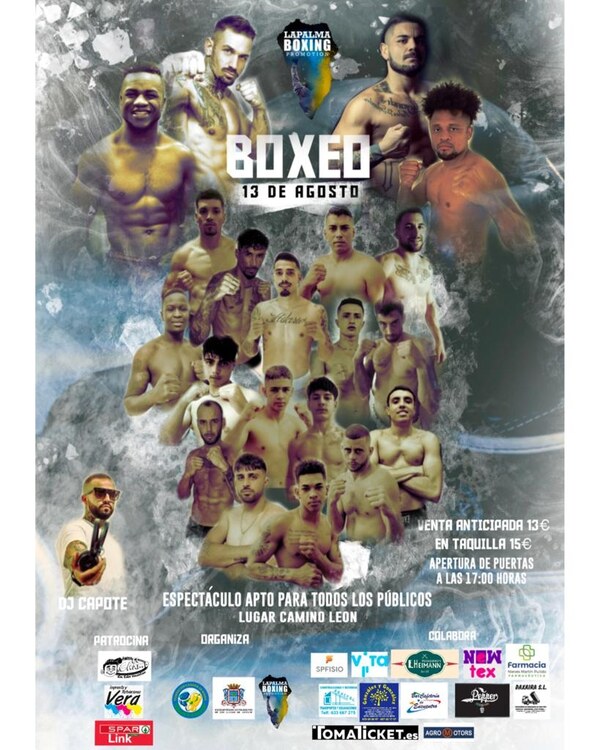 Dario Perez@Ringsider2020 Every time there is a new proposal to promote boxing in Spain, it is appreciated. Very especia

Every time there is a new proposal to promote boxing in Spain, it is appreciated. Very especially it must be done with the Jose Antonio Martin Reisgiven the complicated times for our boxing and that it comes from an island like La Palma, which suffered a natural catastrophe months ago.

On Saturday August 13 debut La Palma Boxing Promotions, with Martin at the head; this one, known in the boxing world as Tattoo First (1-3-1, 0 KO), also returns to the ring for four years as headliner in a gala that will have two professional and six amateur fights. In addition, we will be able to see it live with the Proximia cameras. And Tato Primera has spoken with ESPABOX two days before the event:

Tato reports that «I am one of the most international MMA fighters in Spain, with a good streak. Since 2018 I was away from boxing because when I started my professional career I had several disappointments on the peninsula. I clearly won the fights, but I was going against rookie headliners and I couldn’t go out with my arm raised. They took two fights from me on points, in Barcelona and Seville, recognized by the people there, so I was disappointed in Spanish boxing and did not continue.

However, he has returned to boxing for a very specific reason: «Now I manage a sports club and my students cannot box, because amateur boxing is very deficient and here in La Palma, a very small island, there are no opportunities. From that need I have started this new facet, with the idea of ​​doing a couple of fights at the local level. Santos Medrano, known to all, comes on Saturday, and the idea is to grease me up so that I can measure myself against the best in the country in a few months.

Specifying in that gala in which he debuts his facet as a promoter, Martín tells us that “We start with different boxers from different islands in the junior and elite categories, and then there will be two professional fights. I guarantee a quality show at an organizational and sporting level and I hope to do important things in the future. We have decided that the schedule will be in the afternoon, because the offer of nightlife in the Canary Islands is so immense that we could not compete with it».

The full interview can be seen tonight around 11:00 p.m. (one hour less in the Canary Islands) here.

This Friday there is boxing at Club Sarmiento: look at the grid
Sergio Goyri retracted his criticism of the boxer
Boxing: Don King ‘attacks’ Canelo for his fight against Bivol
BOXING 4228

Loading...
Newer Post
The 2022 season will open with a J Balvin concert
Older Post
The United States will bring a team of NBA talents to Barranquilla