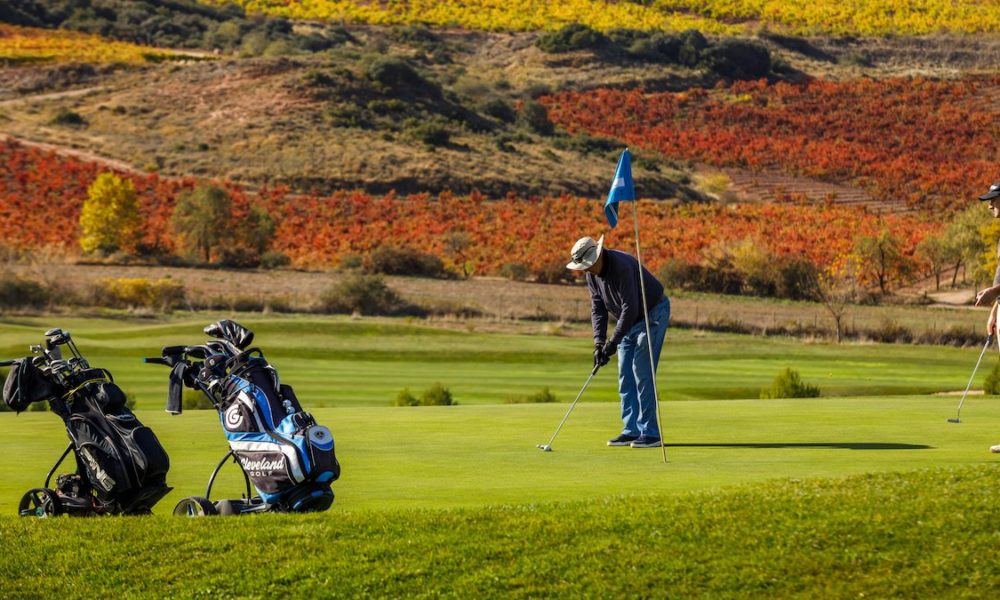 SHARE Tweet WHATSAPP E-mail The XI Congress of the Spanish Association of Golf Managers, which will be held in La Rioja, will feature seven

The XI Congress of the Spanish Association of Golf Managers, which will be held in La Rioja, will feature seven presentations in which topics such as digital transformation or the importance of training will be discussed, and five working tables in which they will be discussed tax issues or the maintenance of golf courses.

The president of the AEGG explained that this congress is an “opportunity” for all Golf managers in Spain to meet and “promote golf, tourism, gastronomy, and in this case, Rioja wine.”

“The fact that all managers can tell their partners that La Rioja has wonderful surroundings and golf courses, as well as that you can enjoy its gastronomy and wine, is a great opportunity,” he stated. Golf, he pointed out, is linked to the sun, to the east, to Andalusia, but “managers have to value indoor golf, so it is very important that this congress be held in La Rioja.”

He has detailed that this congress will have seven presentations that will be led by the director of the Business Institute, Bernardo Crespo, who will speak about digital transformation; the president of the Spanish Greenkeeper Association, Iñigo Soto, who will discuss the preparation for the 2023 Solheim Cup, to be held in Andalusia; or the academic director of LaLiga, Javier Martín, who will speak about new trends in sport.

Other talks will be led by the representative of the Club Manager Education, Daniel Asís, who will explain the importance of training as a tool to generate new opportunities; and by the professional golfer’s coach, John Rahm, “who has managed to transform a tough and strong character into a winner and world champion, something that can greatly help managers understand how they have worked to get there.”

In turn, Enrique Gil has reported that this congress will also have five work tables in which the managers attending the event will participate and will deal with topics such as tax matters, the IBI, the maintenance of golf courses or resilience funds, among others. The objective of these tables, he pointed out, is to transfer the knowledge values ​​of the different managers, since “the managers themselves are the best teachers for their colleagues.”

For his part, Bedia has announced that the Logroño Golf course will host the Spanish Managers’ Championship, so “the organization will prepare the course so that it is in the best possible condition and that everyone is comfortable. ”. He has highlighted the growth of golf in La Rioja, since “there are enough players for the population index that this region has”.

He has also highlighted that the pandemic caused by the coronavirus has generated an attraction in young players towards this sport or that people who left this sport have returned to it ”. On the other hand, Ramiro Gil has highlighted that this congress is an “opportunity” to show the hospitable nature of La Rioja, its wealth and its ability to host this type of event.

He recalled that the Government of La Rioja lubricated an agreement with the City of Logroño to join the association for the promotion of the tourism product ‘Golf and Wine, what a better pairing’ as an institutional partner.

The objective, he explained, is to promote this region as a golf and wine tourism destination locally, nationally and internationally. “Golf is a sport that is played all year round throughout the Spanish territory and La Rioja has a great offer to accommodate all golfers”, he assured.

La Rioja’s tourist offer, he stressed, is complementary, since “it allows people who come to practice this sport to go to good restaurants, among which four stand out with a Michelin star.”

The Match 2022: Tom Brady and Aaron Rodgers will play on the same golf team against Patrick Mahomes and Josh Allen
Inside the top ten: Niemann comes out alive from a very difficult day at the Augusta Masters
Ashun Wu achieves the first victory of Chinese golf in Africa
GOLF 1002