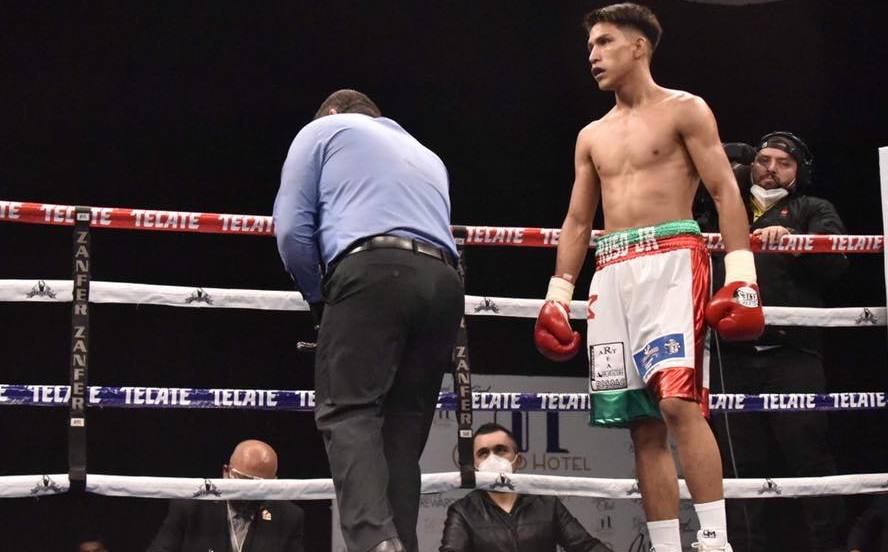 Unbeaten Lagunero boxer Abel “Russo” Rivas prepared at full steam to fight this Saturday night at the Palenque de la Feria in the city of Culiacán, Sinaloa, in the function headed by Julio César Chávez Jr.

The rival is yet to be confirmed, however, according to his coach and father, Abel Rivas Sr., the preparation was done arduously and the rival who comes will not have it easy.

This will be the third fight of the year for the undefeated Lagunero from Gómez Palacio, who previously defeated Jesús Frías in Tijuana and Usiel García in Chihuahua.

Now he will try to break through again out of La Laguna, in Culiacán, in a function where the searchlights are on.

Abel “Russo” Rivas Jr, remains undefeated with a record of 6-0, the fight in Culiacán will be six rounds at super lightweight.

For this combat he prepared exhaustively in his native Gómez Palacio, training in the Sports Unit of the Philadelphia neighborhood, while in the mornings he went to run to various locations such as the Puente de Ojuela and the Cerro de Pancho Villa.

The so-called “Russian” Rivas Jr, is the nephew of the multiple champion from La Laguna, Yazmín “Rusita” Rivas, so he comes from a family of dynasty boxing in the Region.

Rivas Jr., will try to make his own history within pay boxing, for now he is undefeated and his sights are on playing a national championship as soon as possible and then aiming higher.

Tags: lagoon boxers, keep, the lagoon
2022 looks to be the year of the Cajemense boxer, Luis ‘Koreano’ Torres
This afternoon is the weigh-in for the boxing festival in Delmi
Canelo vs. Bivol: When and where to watch the Mexican boxer’s fight LIVE
BOXING 2638