Lammens formalized the return of MotoGP in Santiago del Estero 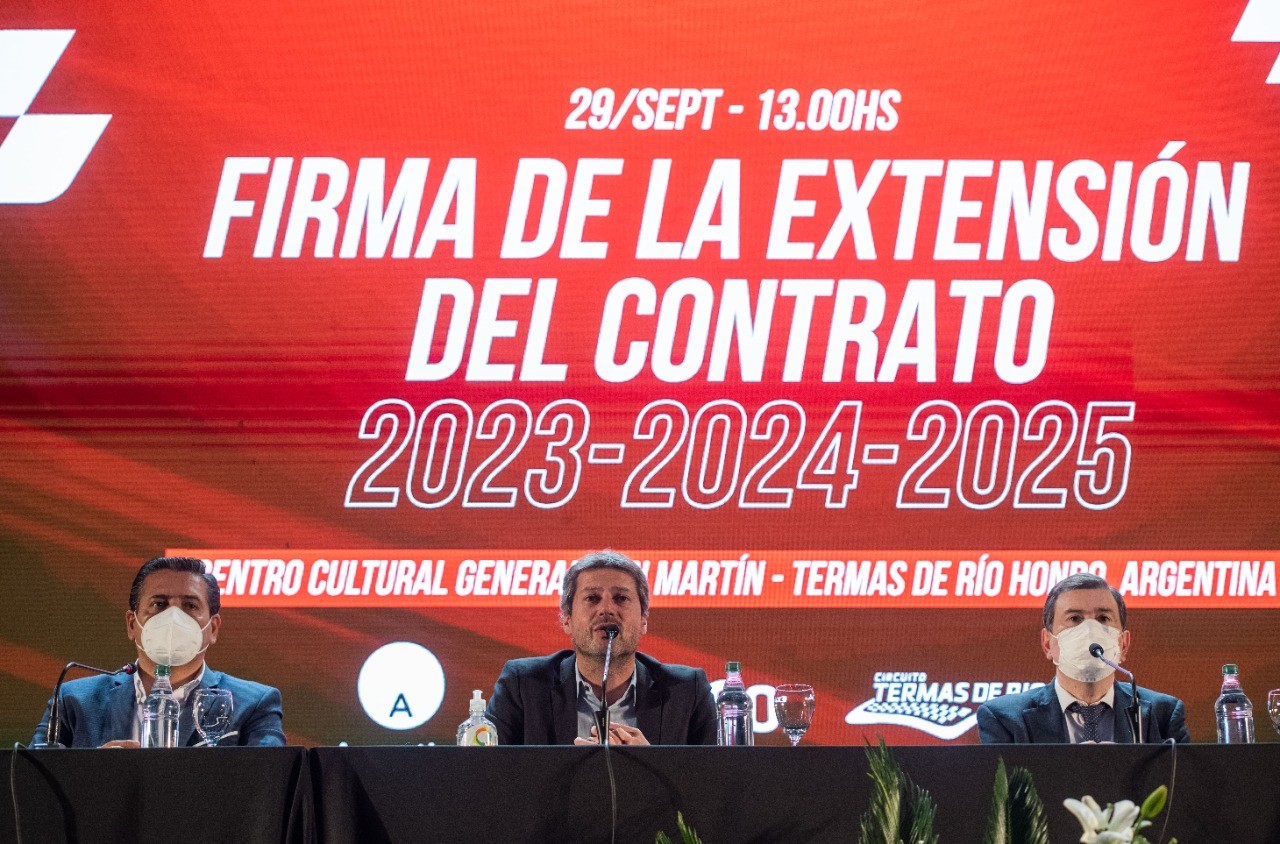 The Minister of Tourism and Sports of the Nation, Matías Lammens, and the Governor of Santiago del Estero, Gerardo Zamora, signed the agreement for

The Minister of Tourism and Sports of the Nation, Matías Lammens, and the Governor of Santiago del Estero, Gerardo Zamora, signed the agreement for the holding of the MotoGP Grand Prix of the Argentine Republic during 2023, 2024 and 2025.

“Few provinces reflect the synergy between tourism and sports like Santiago del Estero does. That is why it fills us with satisfaction that he is hosting MotoGP again, an event of international prestige that is also going to play an important role in the economic reactivation of the region, ”said Minister Lammens from Termas de Río Hondo.

“The MotoGP produces a superlative economic impact in northern Argentina: it is held in a first-class circuit, the riders, the organization and the attendees know and enjoy the destination and also the Argentine Republic continues to be visible to the thousands of homes throughout the world. world where the official transmission arrives ”, added the governor, accompanied by the executive secretary of Inprotur, Ricardo Sosa.

Lammens’ working day in Santiago del Estero began with a meeting with representatives of the private sector, where the impacts that the second edition of the “Pre-Trip” program is having in the province were reviewed. From the Chamber of Tourism of Santiago del Estero they expressed their enthusiasm for the projections of “Pre-trip PAMI” in Termas de Río Hondo. The undersecretary of Tourism Promotion and New Products, Andrés Krymer; and the Undersecretary of Strategic Development, Eugenia Benedetti, also participated in the meeting.

Then, the minister toured the work of the jetty that is being carried out five kilometers from Termas de Río Hondo. Within the framework of the “50 Destinations” plan, the Ministry of Tourism and Sports of the Nation is carrying out an investment of $ 60 million to enhance the value of the area.

In addition, Lammens visited the International Autodrome and the Automobile Museum, also in Termas de Río Hondo, and the Sole Mother of Cities Stadium in the provincial capital. Likewise, the day included a tour of the 25 De Mayo Social and Sports Club, one of the 55 local institutions that were supported by the “Clubs en Obra” program this year to improve its sports infrastructure.