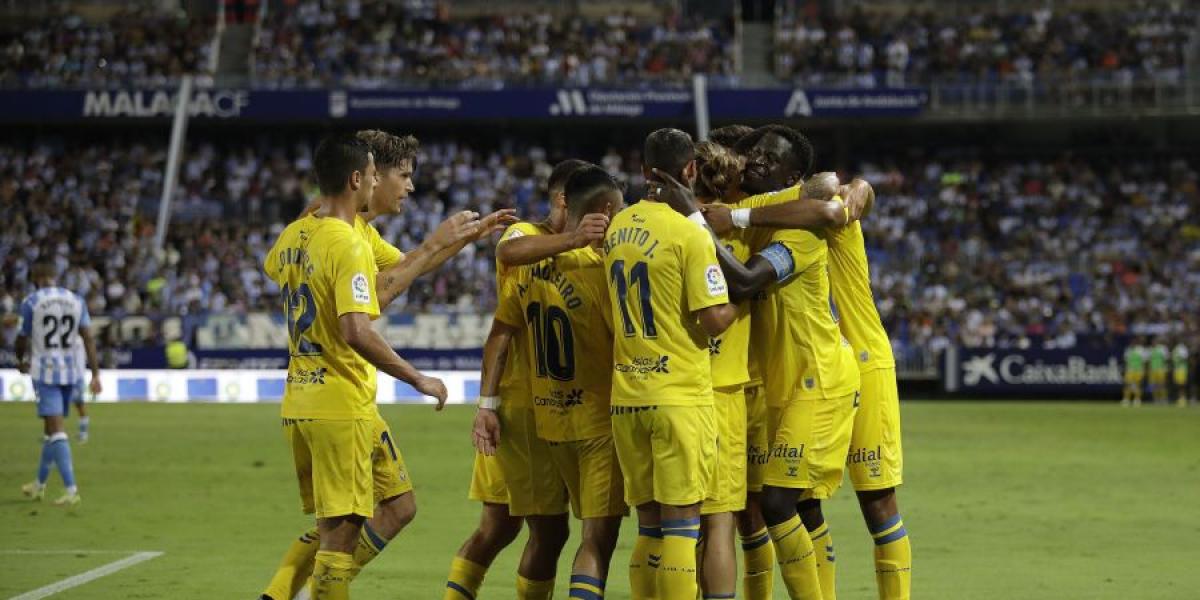 For the locals, the most outstanding player has been Alberto Moleiro. The midfielder from Tenerife has half the credit for the first goal, serve

For the locals, the most outstanding player has been
Alberto Moleiro. The midfielder from Tenerife has half the credit for the first goal, served on a platter for
cardona, and has left flashes of his quality participating in all the plays of yellow danger. In the
Andorrathe most outstanding has been the goalkeeper
Rattiwith a very good intervention that has saved the possible 2-0 before the break.

The ‘pío pío’ team is ahead in the game thanks to the individual talent of their strikers, who have favorably resolved one of the two great occasions they have had. The Andorran team has also had its chance at the feet of
Mark Fernandezbut a great stop
Alvaro Valles keeps the advantage for the locals.

Las Palmas leads 1-0 against Andorra thanks to Marc Cardona’s goal after a good individual play down the right wing.

First possession for the birdies.

– First official confrontation between
the palms and
Andorra in LaLiga Smartbank

– The Canarian team has not yet conceded a single goal

– The tricolor, on the other hand, has scored 2 goals and received 4

– Follow
the palmstied for second place in the standings with
Eibar,
Alaves and
Albacete

On the third day of the competition, the team from Las Palmas, eleventh in the standings, hosts Eder Sarabia’s Andorra, which is in 14th position. The match between the two teams will start at 10:00 p.m. (peninsular time) and will will play at the Gran Canaria Stadium. In this preview we will recover the statements of the coaches of both teams, we will announce the squad and we will inform you of the last hour of the field. Let’s start!