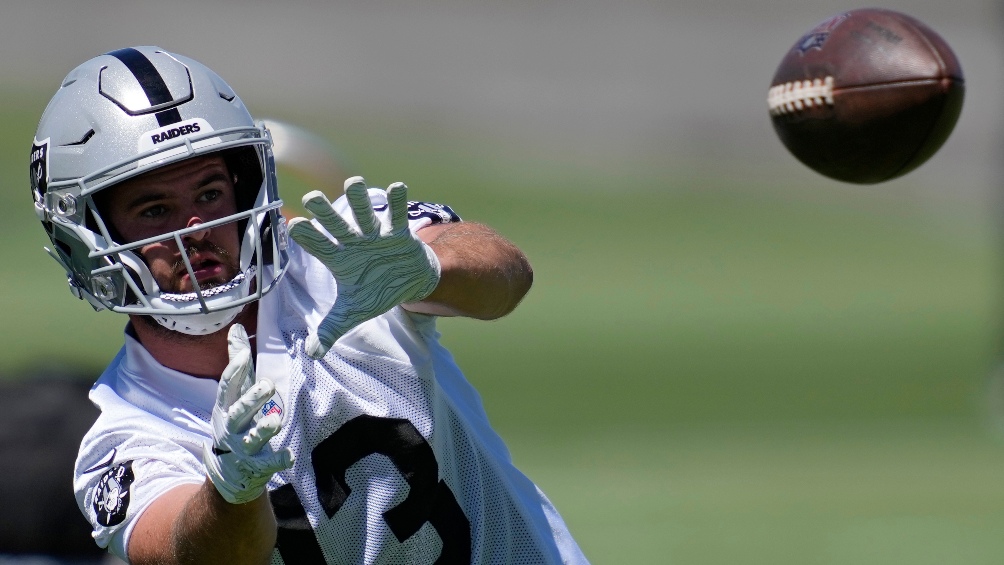 The Las Vegas Raiders secured the retention of another key player with a new contract, agreeing to a two-year extension for $32 million with slot r

The Las Vegas Raiders secured the retention of another key player with a new contract, agreeing to a two-year extension for $32 million with slot receiver Hunter Renfrow, Pro Bowl-caliber.

Renfrow was heading into the final season of his rookie deal after being selected in the fifth round of the 2019 draft and received a big pay raise based on his breakout 2021 campaign.

NFL Network, the first outlet to report the pact, noted that the extension includes $21 million in guarantees.

Renfrow recorded 103 receptions for 1,038 yards and nine touchdowns to become the quarterback’s most reliable target. Derek Carr. The 103 receptions were the third-most in franchise history, behind only 107 for Darren Waller in 2020 and Hall of Famer Tim Brown’s 104 in 1997.

Renfrow has 208 receptions for 2,299 yards and 15 touchdowns after three years in the NFL.

“Hunter is one of the true leaders on this team and exemplifies the values ​​of the organization in the way he comes to work every day,” said the coach. Josh McDaniels. “He is a tremendous teammate on and off the court and the entire Raider Nation is excited to see what the future holds for Hunter.”

Renfrow is the third key player of the raiders in getting an offseason extension under the new regime headed by coach Josh McDaniels and general manager Dave Ziegler. Carr signed a three-year, $120.5 million contract extension in April and Maxx Crosby landed a four-year, $94 million deal in March.

Waller could be next in line for a new deal, as he is owed about $13.8 million for the final two years of a deal he signed in 2019.

Combining Renfrow, Waller and the acquisition for the new campaign, Dave Adams, gives the Raiders one of the most productive receiving trios in the NFL.

Renfrow joined Michael Thomas of the New Orleans Saints, as the only wide receivers in the last 13 seasons to catch at least 80% of the passes thrown to them and have at least 100 receptions in a season, according to Sportradar.

YOU MAY ALSO BE INTERESTED IN: TOM BRADY ON GRONKOWSKI: ‘IF HE DOESN’T COME BACK, WE HAVE TO FIND OUT WHAT TO DO’