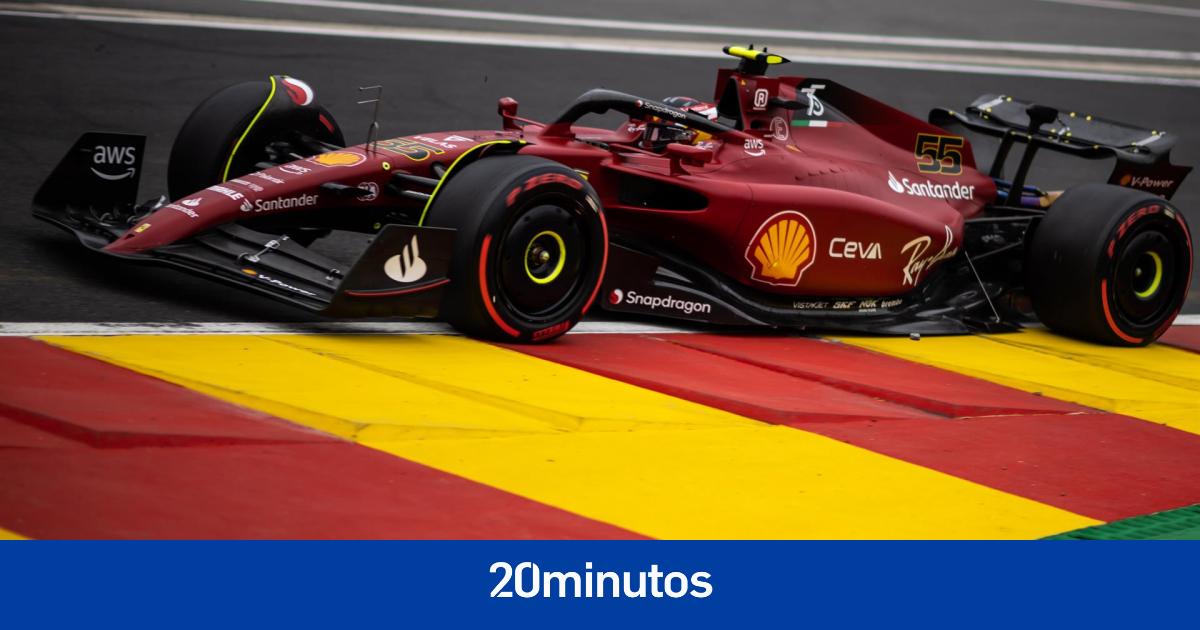 The Spanish Carlos Sainz (Ferrari) will come out first this Sunday on Belgian Grand Prixthe fourteenth of the World Cup Formula Onewhich takes place at the Spa-Francorchamps circuit, where he finished second in qualifying, which was dominated by the Dutchman Max Verstappen (Red Bull), leader of the World Championship, sanctioned, for changing engine, to start from the bottom of the grid.

The Mexican Sergio Pérez (Red Bull) will start second and the double Spanish world champion Fernando Alonso (Alpine), will do so from third place on the grid.

Sainz, 27, achieved his second pole this Saturday since he has run in F1.

Qualifying started later than expected in Spa. An accident in the ‘qualy’ of the Porsche Super Cup caused the start of Q1 to be delayed by twenty-five minutes. In addition, a very light drizzle made an appearance just before the stopwatch reset to zero, although it did not cause any damage.

On paper, the names of the day such as Verstappen, Sainz, Alonso or Leclerc fulfilled the forecasts and got into the final cut. Some other problem had the Mercedes of Hamilton and Russell, who did not certify their pass until the last lap. who had one poor classification was Bottaswhich had not missed a Q2 since 2015 and finished last.

The Red Bull driver was relentless on the track. No one could overcome his dominance over the Belgian track and he endorsed it with an exceptional Q2, where he once again set one of the best times. He was second after Leclerc, with the difference that the Dutchman did it on his first attempt and with a used tire.

Hamilton and Russell experienced moments of tension again to get into Q1 before the placid classification of Sainz and Alonso, who hardly had any problems sneaking, as expected, among the best once again.

Q3: Pole for Verstappen, but Sainz comes out first

And as was the usual pattern of the day, Verstappen set a virtually unbeatable time for the other drivers. He did not care about the engine change penalty, as he will start fourteenth ahead of Leclercto endorse himself as the best in Spa-Francorchamps.

But if the one from Red Bull did a phenomenal job, he was not far behind Carlos Sainz. The Spanish, who will leave for second time first after achieving it at Silverstonemanaged the times to perfection to finish ahead of the always tough Checo Pérez, who tried until the end and was unable to overtake Ferrari.

Alonso, who finished with the sixth fastest time, used the penalties on Verstappen himself, Leclerc and Ocon to achieve that wonderful third position that can make you dream of a triumph.