LAST MINUTE: Valentino Rossi’s team confirms one of its riders for MotoGP 2023 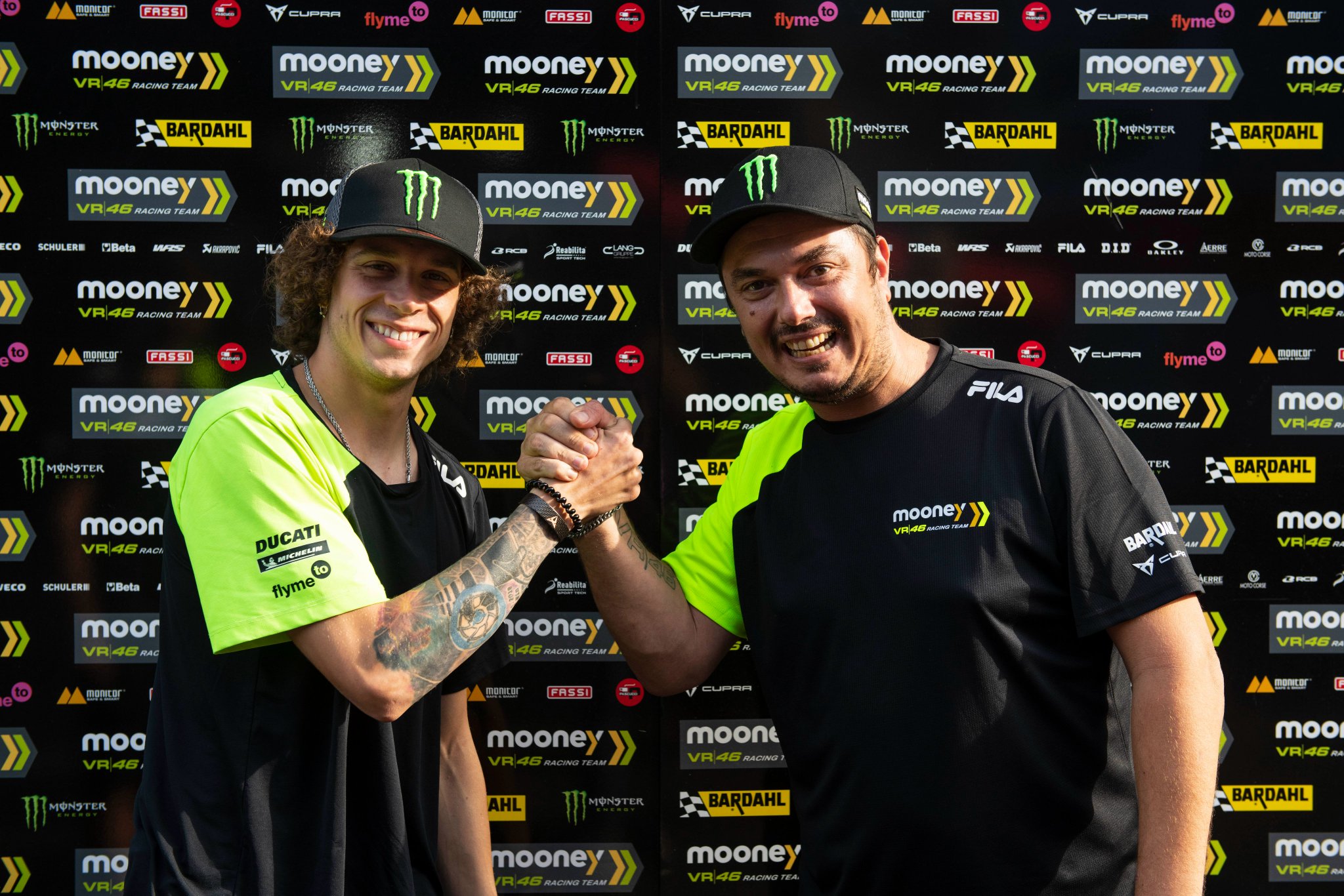 Photo: Mooney VR46The Mooney VR46 has revealed something that nobody knew to confirm the continuity of Marco Bezzecchi: his contract was for two ye

LAST MINUTE: Valentino Rossi’s team confirms one of its riders for MotoGP 2023

The Mooney VR46 has revealed something that nobody knew to confirm the continuity of Marco Bezzecchi: his contract was for two years, which included 2023.

Little by little the MotoGP grid is closing for next season. In the absence of three more gaps being officially known in the queen category, this Thursday Marco Bezzecchi has been confirmed as a member of Valentino Rossi’s Mooney VR46 team. The Italian team has done it pulling humor in a video starring Bezzecchi himself, Uccio Salucchi and Pablo Nieto. “You have two years of contract!”, Uccio tells Marco in said video. And it is that youEveryone took it for granted that Marco’s current contract did not contemplate the 2023 season, nor did the official MotoGP website know it.

“I am very pleased to be able to confirm and announce, at the same time, that the contract signed last fall was structured in two seasons and that in 2023 I will continue racing for the Mooney VR46 Racing Team riding a Ducati»explains Bezzecchi in an official statement from VR46. “Very proud also to be able to wear and represent the colors of the VR46 family, Valentino and the VR46 Riders Academy, who have always supported me along with all my teammates and staff”adds the young Italian.

“We started with a completely new team, rookies in every sense, with many technicians coming from Moto2, others with new functions, and we are satisfied with what we have done so far this season. We remain focused on 2022, closing this first year in MotoGP in the best possible way before facing the new season«concludes that note.

After knowing the continuity of Bezzicchi, currently there are only three gaps to fill. The first of them is that of Mooney VR46 himself, although everything indicates that Luca Marini will follow in the footsteps of his boxing partner and will continue next season defending his brother Rossi’s team.

Other rumors that should be corroborated in the coming weeks have to do with Takaaki Nakagami. Your short-term future depends on the decision of Ai Ogura, which seems to refuse to make the leap to MotoGP. If so, the Japanese LCR rider will remain at Honda. Secondly, who will make the jump from Moto2 to MotoGP will be Augusto Fernández. The Spaniard will be the teammate of Pol Espargaro at GasGas-Tech3although an official confirmation is still missing.

Tea SUBSCRIBE FOR FREE to Motosan.es in the bell 🔔? SCROLL DOWN to see the LATEST NOTICECIAs!

MotoGP looking for a boss – Sport-Journal
MotoGP, live | Classification of the Argentine Grand Prix 2022
The 2023 MotoGP grid, almost defined (in the absence of a place)
MOTOGP 812