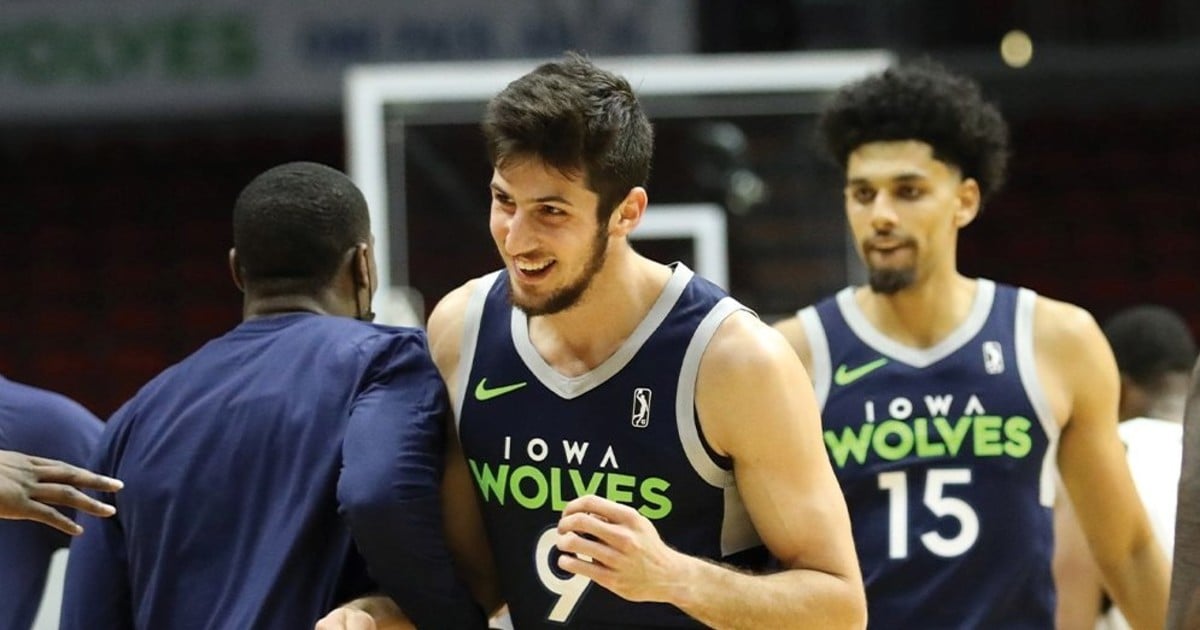 Argentine Leandro Bolmaro had a great Iowa Wolves debut, the Minnesota Timberwolves affiliate that plays in the NBA's G-League, by contributing a

Argentine Leandro Bolmaro had a great Iowa Wolves debut, the Minnesota Timberwolves affiliate that plays in the NBA&#8217;s G-League, by contributing a double-double for a 98-87 victory over Ignite in a preseason game.

Bolmaro added 20 points, 10 rebounds (two offensive), three assists and a steal. He shot with 50% efficiency (8 of 16, with 4 triples). He also made two fouls and lost three balls.

The Argentine was the one with the most minutes on the court of his team, with 36, an indicator of Minnesota&#8217;s decision: he lowered it to his team in the G-League (a lower league, reserved for players who are one step below the maximum) to gain more experience and get used to the American way, a different basketball than the one he played all his life. The NBA franchise you can check it back in at any time it&#8217;s from the season.

Brian Bowen II and Matt Lewis also added 20 points apiece, and McKinley Weight IV, down with Bolmaro from the Timberwolves, added another 10.

The Argentinian imposed conditions in a large part of their actions during the game, making clear the differences not only with their rivals, a team made up of very young players (the Ignite is not a subsidiary of any franchise but was intended as an exclusive set for the development of future cracks) , but also with their peers.

Bolmaro&#8217;s experience and career as a professional despite his youth were evident in his presentation.

His &#8220;loss&#8221; to the Iowa Wolves made a lot of sense. Onion He had only played five minutes in Minnesota&#8217;s four games: all were in the first game, a game that was easily resolved against the Houston Rockets. In the other three games, meanwhile, he had not entered.

The party and the Argentine&#8217;s word

Played his first game in the NBA Development League