LeBron and the Lakers finally take advantage of the calendar 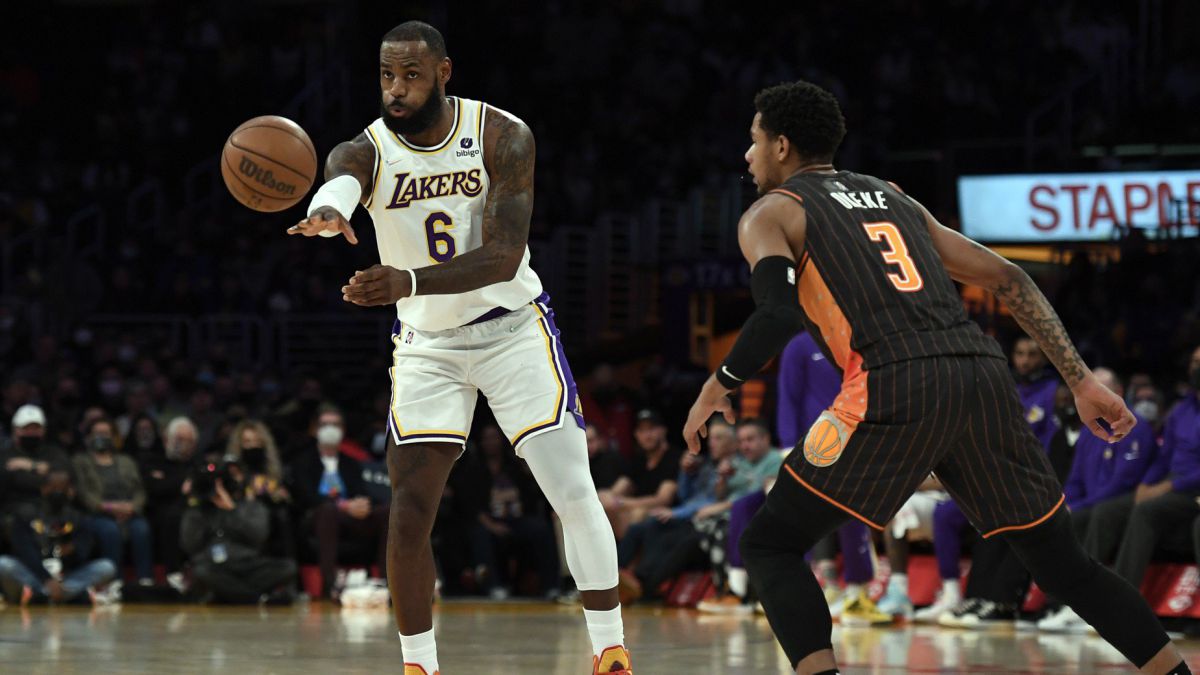 Has the time come for these Lakers? It is the question that fans will ask each game that passes. This time he has reason to think so. The stage

Has the time come for these Lakers? It is the question that fans will ask each game that passes. This time he has reason to think so. The stage is being cleared for the team led by Frank Vogel to progress once and for all not only in the classification but also in their game, that something is being seen, and goes to a new level in which the injured fully recover and fingers are crossed so that there is no more. They are two victories, which in another context would be insignificant, but it is the way in which they have achieved them that invites us to think about greater heights. Who was going to tell the people who support this franchise, the most awarded in the NBA along with the Boston Celtics, seeing them to show joy by beating one of the weakest rivals in the competition.

The Californian team buried the Magic in a third quarter of wand and top hat touch (36-10) to add that second victory in three days (106-94) with which they must project. Russell Westbrook and Talen Horton-Tucker each scored 19 with 50% shooting accuracy, although the absolute artist was LeBron James: triple-double, 30 + 11 + 10, and a ten-game series since returning from the game. abdominal injury in which he has averaged 27.1 points.

How can the Lakers feel good? Seeing how the last two weeks have played out. In these last two games they have not been able to count on Anthony Davis, suffering from knee discomfort that is not serious, which has forced James to overexert himself. But well used. The Magic and Thunder are two of the worst, but the former pushed the Clippers to their limits at Staples the night before and the latter already beat the Lakers in their fiefdom a few weeks ago. It was time to take advantage of what was due to them by calendar, something that they have not fulfilled in other phases of the course either. Since that wake-up call against the Kings in LA, more real results have been given for a squad of such stature, which is still missing Ariza and Nunn: they fell in the city derby and against the Grizzlies, which would be strange if they did not get into the series for the title.

The opening bars were not easy after opening with a 9-3 partial. Wagner, to be a rookie, represented a big problem for a Lakers who struggled to stop penetrations from you to you. Orlando took the lead and kept the lead, albeit minimal, until the break. From there came the show, with the stands rising as if that were the 80s. A shot to the face of Wendell Carter that broke his glasses was the stroke of bad luck that ended the Magic in the third quarter. To be listed: Howard’s dunk, hung for Jordan, Bradley’s triple, Carmelo’s triple, Monk’s layup after reverse, Westbrook’s layup after reverse, LeBron’s double block … The locals went to +25 with 23 points followed in this rally. They hit the Magic from all sides and finished the fourth with 2/23 shooting, the worst mark for a Lakers rival since 1999. There was no escape for the visitors. They continued to force bulk errors in the Angelenos, such as what was mentioned in the outside-in or little-spoken markings in defense, and they also ended up winning the last period by eleven, but it was only for makeup. LeBron James left a frontal trippy against Wendell Carter with which he scared any reaction, since Jamahl Mosley’s men had put twelve, and with it, a layup for elevation and an assist to Westbrook from the baseline closed a night that may be the beginning of good things in Los Angeles.

Toronto Raptors – Los Angeles Clippers, live
Jaime Echenique is the first Colombian in the NBA
5 players who could lead the NBA in free throws
NBA 1303