LeBron’s dream: share a team with his son Bronny 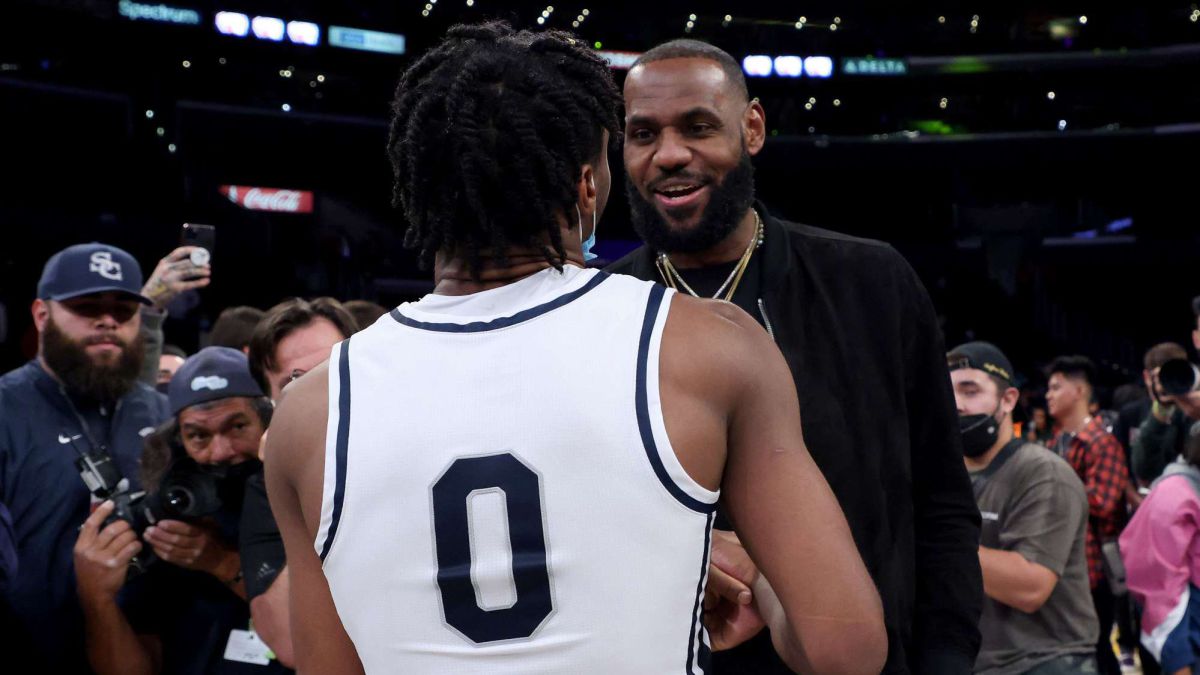 When it comes to sports, one of the most beautiful things that can happen to you, apart from winning titles, is being able to share a profession w

When it comes to sports, one of the most beautiful things that can happen to you, apart from winning titles, is being able to share a profession with a member of your family. It is the case of LeBron James, who Its main objective is to share a team with the eldest of his children, Bronny James Jr. “Obviously with health and some luck, that would be the final goal“Said the superstar.

Is it possible that the two James share a team? The situation is difficult but it could happen. Bronny, now 17, plays at Syerra Canyon, one of the most prestigious institutes in Los Angeles. This team is one of the most viral on the internet, as there are other fantastic players who accompany the “Young King”, like Amari Baiely, for many, better than Bronny. The oldest of the sons is already following in their father’s footsteps, in fact, his game is very similar, very calmly, giving the feeling that he has everything under control. Apart from that, he has also played in the stadium of the Lakers, the team in which his father plays.

Leaving aside Bronny’s future projection, for the James to play together the following would have to happen. LeBron’s son, the 2023 Draft should be presented. A calendar year has to pass from the end of the institute, in 2022, until he can be a candidate for the Draft. He will be able to do whatever he wants during those 365 days, train with his father, go away to play, go to university … For his part, the now “6” ends his contract this summer, so he should, at least, hold two more seasons in the NBA. If he is respected by injuries and he manages to maintain his level, it should be a “no brainer” for James, who is 36 years old..

As a precedent to the Bronny situation, there have been great NBA players who came to the league without having gone through college basketball, although lthe norm has changed and the situation is different. Dwight Howard, Tracy McGrady, Kevin Garnett, Kobe Bryant or his father, LeBron James, are some big names who skipped this process due to their young talent.

Therefore, with this precedent and having players who have retired with more than 40 years (Vince Carter), for the moment, LeBron and Bronny playing together could be a reality.