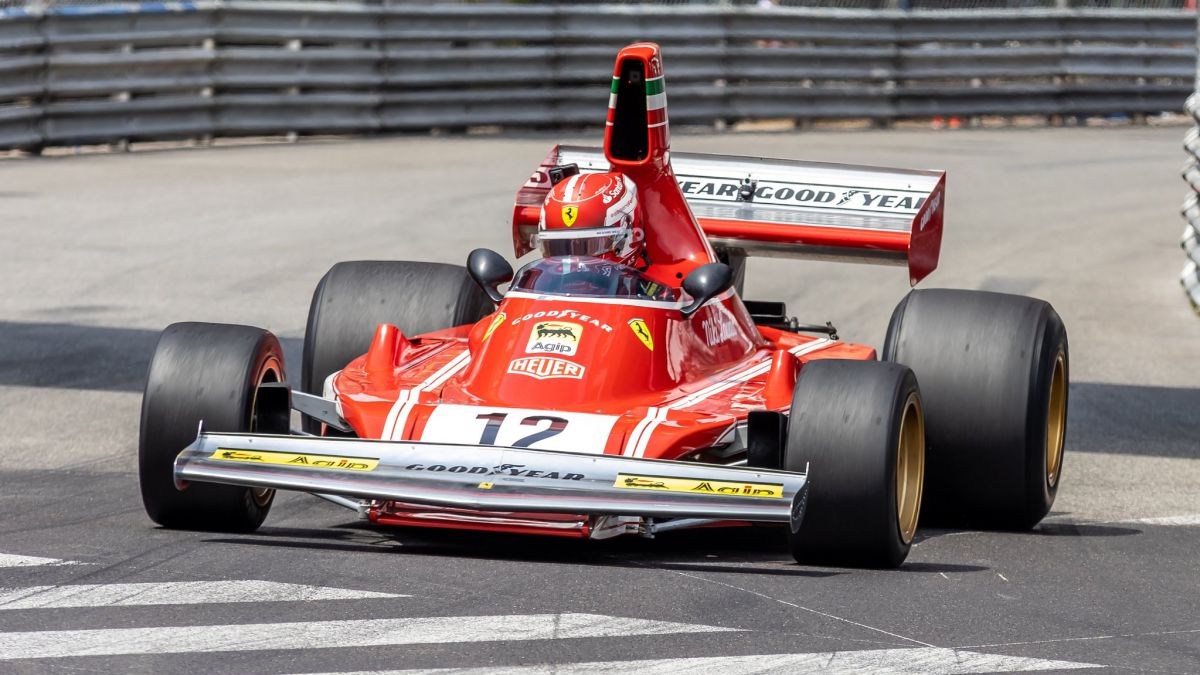 It was an exhibition and there was nothing to exhibit, beyond the most iconic single-seaters from F1. It was the perfect ceremony in the temple o

It was an exhibition and there was nothing to exhibit, beyond the most iconic single-seaters from F1. It was the perfect ceremony in the temple of motoring thanks to a classic model of the big circus who had Charles Leclerc at his command… until the Monegasque slammed the 1974 Ferrari 312 B3 against the wall With which Niki Lauda It premiered with the Maranello team.

During the Monaco Historic GPthe Monegasque continued to accumulate that bad luck that characterizes him in the streets of a Principality that is known by heart. Leclerc was the main referent from a long list (other jewels have been seen such as the Maserati 250F or the Lotus and Williams champions of the past), and after the trust placed by Maranello in the local driver to exhibit the iconic model, the current leader of the World Championship ended up paying dearly his eagerness to squeeze the single-seater out of the team a little more.

disaster came in The Rascasseafter a spin that ended with 312 B3 stamped on the wall, and the back part damaged of what was Niki Lauda’s car. Goodbye to the spoiler of a single-seater valued between 6 and 8 million dollars (5-7 and a half million euros at the exchange rate) of which Leclerc he got off apologizing for what happened. “When you thought you had all the bad luck in the world in Monaco and you lose your brakes at ‘La Rascasse’ with one of the most iconic cars in the history of Ferrari Formula 1″, wrote in Twitter.

A two weeks before F1 arrives in the Principality, this mishap may free Leclerc from the losing streak he accumulates on the streets of Monaco. During his adventure in F2 during 2017, the Monegasque abandoned in the two races played while after his promotion to great circus, the situation did not improve. It did not end in 2018, nor in 2019 nor in 2021, being this last participation the most painful. When it seemed to have left bad luck behind, After achieving pole position, the local driver was unable to start due to a problem with the gearbox that caused him to leave the home Grand Prix with a too premature and painful zero on the scoreboard.

F1 | Sainz believes “there will be another great fight” for the title in Abu Dhabi
Ferrari does not believe anyone
Johnny Herbert, by Michael Masi: “It must not continue, it has done a lot of damage to Formula 1”
FORMULA 1 1579