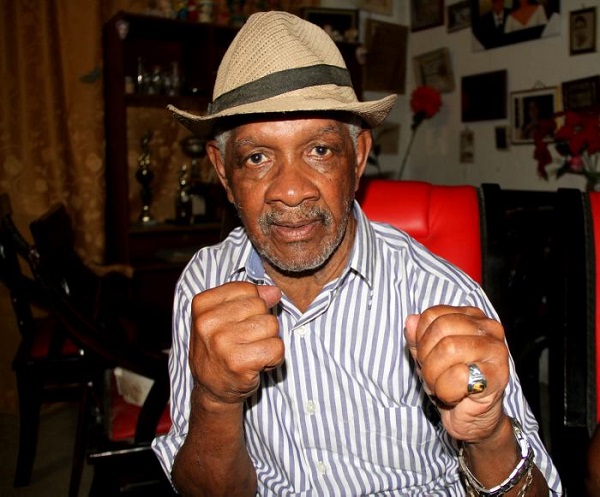 In the early hours of today at around 5:00 am. one of the most emblematic boxers that Colombia has had, Bernardo Caraballo, His death occurre

In the early hours of today at around 5:00 am. one of the most emblematic boxers that Colombia has had, Bernardo Caraballo, His death occurred in the city of Cartagena, at the age of 80, he is remembered for being the first Colombian boxer who would fight for a world title in that sport discipline against the Brazilian Eder Jofre.

Bernardo Caraballo made his professional debut against Carlos Angulo in 1961, whom he would beat by a knockout. After a winning streak and two victories against Venezuelan boxer Ramón Arias on December 2, 1961 in Cartagena, Caraballo was considered for promotion by the National Boxing Association of the NBA. He would later be listed as the ninth flyweight, becoming the first Colombian boxer to appear in the top 10 overall ranking.

Bernardo Caraballo faced the best of his generation at flyweight, bantamweight and featherweight. He won on behalf of Colombia in three tournaments, which made him the first boxing idol in Colombia. Then being at the “top” he would have a confrontation against Harada, in which the latter emerged victorious, taking Caraballo out of the world ranking, a position that he would never regain. After this event that would mark him in a transcendental way, he would again lose 6 consecutive fights, this time Caraballo would finally retire from Professional Boxing, with a mark of 84-18-6, for a total of 108 fights at the professional level.

You may also be interested in: “Nicolás Ortega is a real gem”: Iván López

‘Benny’, as he was remembered by his colleagues, left this world, being one of the most emblematic idols of Colombian boxing. His legacy continues from him.

Canelo is not invincible; despite his record: Bivol
Oscar Valdez, Sonoran boxer, falls and gives up the crown to Shakur Stevenson
Fury vs. Whyte: Tyson Fury announces his retirement, but will he return to face Francis Ngannou?
BOXING 2656