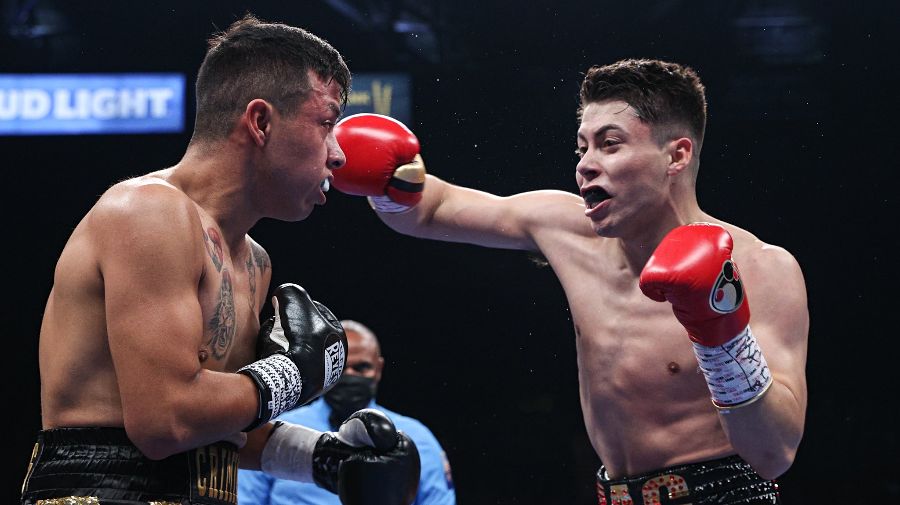 It is about the Salvadoran Marc Castro, who achieved an important record for his curriculum; Las Vegas witnessed the sporting event

It is about the Salvadoran Marc Castro, who achieved an important record for his curriculum; Las Vegas witnessed the sporting event

Nowadays talk about Marc castro it is synonymous with greatness. It is clear that they have not yet put a great level of opposition to him in the five fights he has fought as a professional after a brilliant career in the boxing amateur…

However, Castro liquidated each and every one of his rivals with enormous solvency and spectacular definitions.

In the duel that inaugurated the DAZN broadcast of the card that Devin Haney and Joseph Díaz will star at the MGM Grand Garden Arena in Las Vegas, the great project that they polish in the MatchRoom Boxing stable did not give any hope to the Mexican Ronaldo Solís.

The final “lunge” would not be long in coming. In the second round, Castro was leading Solís against the ropes with his right jab, always hitting the opponent’s face.

Just when he understood that it was time, he unloaded a sovereign hook with the same hand that left him still on the canvas and hugging the string until the referee made the decision to end the beating.

The 22-year-old Salvadoran-Mexican earned his fifth KO victory in as many fights as he fought.