Lewis Hamilton and Mas Verstappen, the most anticipated battle in Formula 1

Sunday will be a historic day for Formula 1. Whether Max Verstappen ends the reign of Mercedes or Lewis Hamilton becomes the winningest dr

Lewis Hamilton and Mas Verstappen, the most anticipated battle in Formula 1

Sunday will be a historic day for Formula 1. Whether Max Verstappen ends the reign of Mercedes or Lewis Hamilton becomes the winningest driver of all time, the reality is that the Abu Dhabi Grand Prix will be the stage where one of them is proclaimed world champion.

And the closing is one that many expected: with 369.5 points each, it is only the second time that two contenders are tied for the last date of the championship. The British is the one who arrives at a better time, with victories in Brazil, Qatar and Saudi Arabia, meanwhile, the Dutchman has not reached the top of the podium since the Mexican GP.

Although both pilots have declared that they do not want to define the champion as happened in 1989 and 1990 with Alain Prost and Ayrton Senna (both impacts in Suzuka and who defined the titles for the French and the Brazilian, respectively), the truth is that this is a sport where nothing is written, much less when you have two of the most seasoned drivers on the grid in sudden death.

After all, we&#8217;ve seen them in battles that didn&#8217;t end well, like at Silverstone, when Hamilton hit him against the wall; at Monza, when the RB16B finished on top of the W12, with Lewis saving himself from the tire thanks to his halo; and recently in Jeddah, when Mad Max tried to relinquish him the post and then overtake him with DRS and he was touched from behind, which cost him a penalty from the stewards.

If there were a crash and neither of you finished the race or an extraordinary situation happens and they do not score points, the tiebreaker criterion benefits Verstappen, who has nine wins in Hamilton&#8217;s year against eight, so no scenario in which it is already one of the most exciting closings of recent years cannot be ruled out.

It was in 1974, one of the most important years in the history of motorsport, that Emerson Fittipaldi and Clay Regazzoni reached the United States Grand Prix on equal terms: 52 units.

Fittipaldi, aboard the McLaren M23, arrived at the Watkins International racetrack (New York) with three victories in the year and 10 races in the points zone, meanwhile the Swiss got a win, but he was more regular and scored on 12 rounds. But the most surprising thing was the fact that even Jody Scheckter (45) arrived with a mathematical chance of proclaiming himself champion, although he needed his rivals not to finish the race. 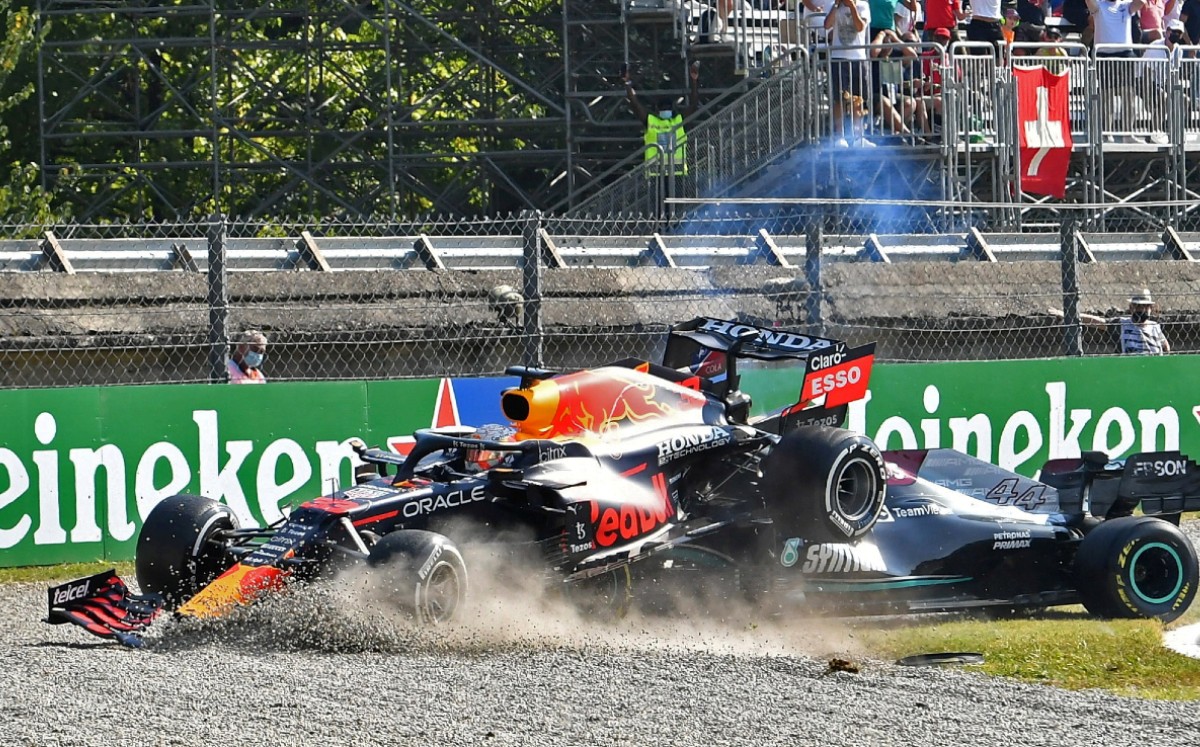 Said race, in which Helmuth Koinigg lost his life, was determined because Regazzoni had suspension problems and finished four laps behind race winner Carlos Reutemann (Brabham-Ford).

Although Fittipaldi did not get on the podium (completed by Carlos Pace and James Hunt), his fourth place was enough to take off in the drivers&#8217; championship and claim his second and last world title in Formula 1, plus the first crown in McLaren history.

The seven-time world champion experienced an equally close scenario in 2008, when he won his first title. It was on November 2 of that year when the championship was defined in Interlagos. Although Felipe Massa (Ferrari) won in Brazil and was world champion for 20 seconds &#8230; until Hamilton, with two corners remaining to finish the race, passed Timo Glock and finished in fifth place, taking his first world title.

But he has also been on the other side: a year earlier, he lost to Kimi Räikkönen, who won the last Ferrari world title with 110 points, one more than Hamilton and Fernando Alonso, both McLaren drivers at the time.

Another difficult season was 2016, the one that interrupted his reign between 2014 and 2020. His former teammate Nico Rosberg (385) finished second in Abu Dhabi and it was enough to proclaim himself champion, despite the fact that Lewis won that race.

Formula 1 will redefine itself in its last race and there is a lot of uncertainty about what may happenAny attempt to pass can be the difference between glory or disappointment. A great show awaits us on Sunday.

Red Bull, by the miracle

With the abandonment of Sergio Pérez, third place escaped them, but what is still possible is that Red Bull Racing will fight for the constructors&#8217; championship, but they need a combination of results for this to happen. The ideal is to get 1-2 at the Yas Marina circuit -with the extra point of the fastest lap- and that one of the two Mercedes drivers does not finish in the points zone (Ideally, it is Hamilton who does not add). 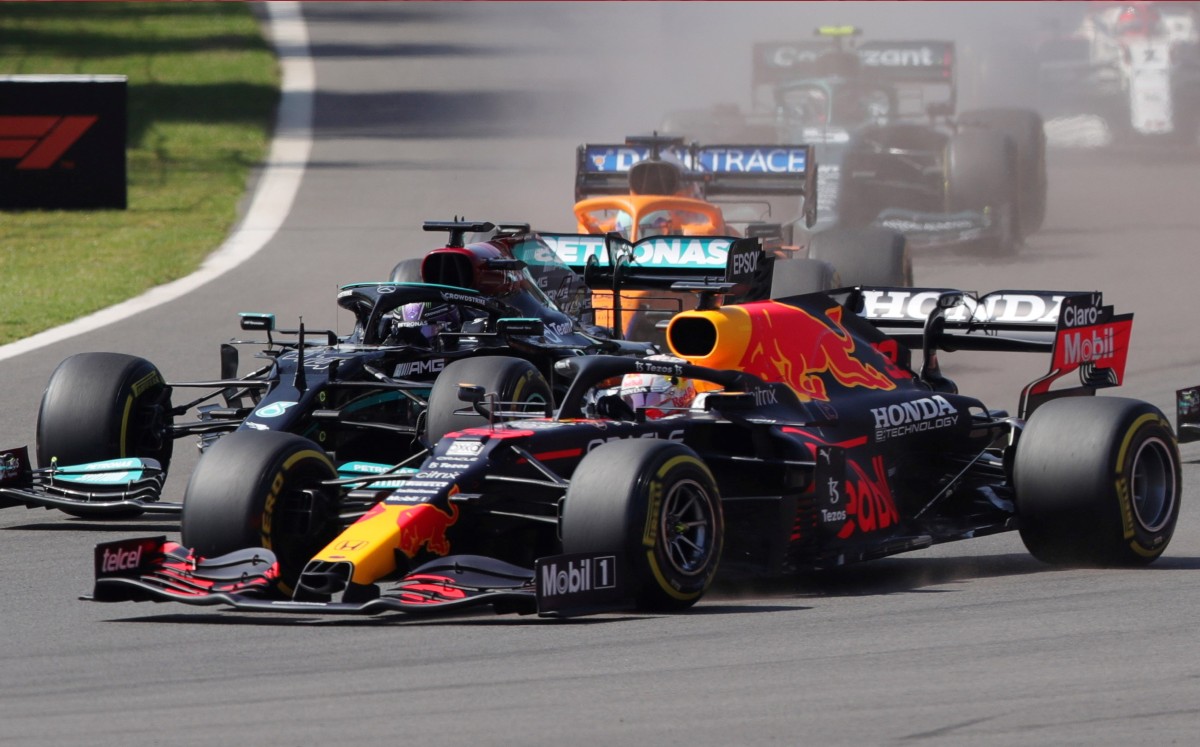 &#8220;This team has had a phenomenal campaign by winning ten races. We have pushed Mercedes to the limit until the last race, but we need a miracle to win the constructors&#8217; championship,&#8221; Christian Horner told the Formula 1 portal.

He must finish the race ahead of Hamilton; that neither add points or finish tenth and with a fast lap and that Lewis finish 9th.

He needs to finish ahead of Verstappen or in 10th place and for the Dutchman to drop out or finish out of the points zone.