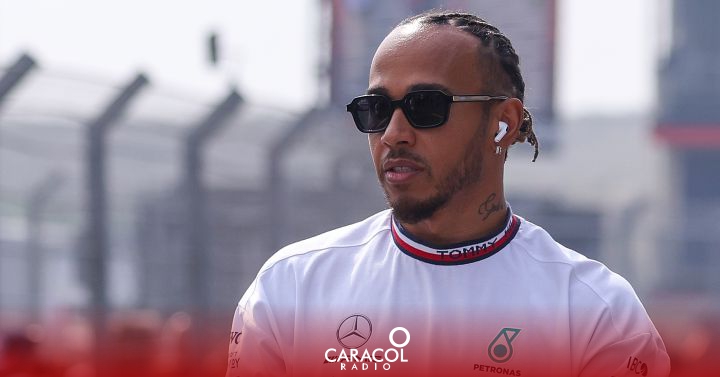 Lewis Hamilton expressed his confidence in keeping his record of at least one win per seasonsomething that this campaign has not yet been able to achieve, although last week it was close in the Dutch Grand Prixin which he was first with 12 laps to go and finished fourth.

Since he made his debut in the premier category of motorsports in 2007, the seven-time champion has always managed to win a race per season, although he downplayed that record.

“Honestly, it doesn’t matter to me at all, although I’m thankful that every year since 2007 we’ve had a chance to win. I think I have the opportunity this year, we still have seven races left, and that is still a big goal for us as a team to get back to the front and fight for the lead.“, he commented before the Italian Grand Prix.

The seven-time champion said that he has not “thought” where he can add that victory and appealed to his Mercedes to respond as in the Grand Prix of Hungary and the Netherlands.

“I’m not focused on the record, but of course I’m trying to get that win this year. The record is not that important to me because I don’t really care about records in general”, maintained the one from Stevenage.

In Italy it will be difficult because he will change his power unit, which was affected by the contact with the Spanish Fernando Alonso (Alpine) two weeks ago in the Belgian Grand Prix, and will lose positions on the starting grid.

“My third engine, the one I used for the first time in Spa, is under review so I can’t use it now and I have to use a fourth. We are still hopeful that we can use the third one later. I’ll have to recover as best I can from the rear,” explained Hamilton.

The seven-time world champion acknowledged that he would feel “better” if he won, but was satisfied with the team’s progress as the “gap” with Red Bull and Ferrari is “closing more and more”.

In any case, he was confident that the Mercedes will perform better at Monza than at Spa, two fast circuits with overtaking options.

“It can’t be worse than Spa, I don’t think so. I think it will be much better here,” predicted Hamilton, who won at Monza five times, the last one in 2018.