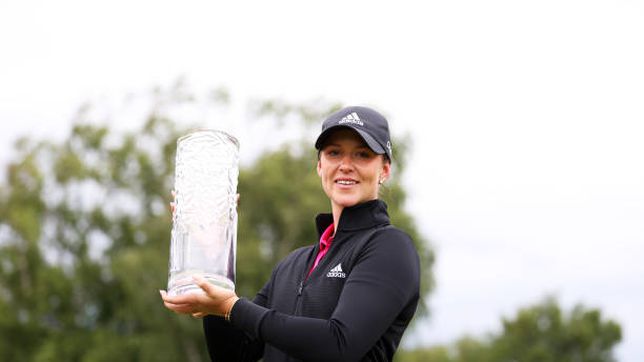 Swedish golfer Linn Grant made history this Sunday by becoming the first woman to win a title on the European Tour. Grant won the mixed Scandinavi

Swedish golfer Linn Grant made history this Sunday by becoming the first woman to win a title on the European Tour. Grant won the mixed Scandinavian tournament at the Halmstad Golf Club and did so with a real display, as she led her closest rival by nine strokes.

Grant put the finishing touch to her exhibition with a day of 64 shots, eight under par, to close her historic performance in which she also wanted to claim more visibility for women’s golf. “I hope that people recognize women’s golf more, that they go more sponsored to the Ladies European Tour than to the men’s circuit and that this continues to help promote women’s golf even more.”

Granddaughter of former Scottish professional golfer James Grant and daughter of Swedish golfer John Grant, Linn Grant also surprised everyone when she revealed how she approached the tournament. “The most important thing is that for the whole week I felt like it was a tournament of girls against boys.”

Her historic victory in the mixed tournament in Scandinavia further catapulted Linn Grant, who last year made the leap as a professional and won two tournaments on the Ladies European Tour. All a vindication that women’s golf asks for a step.