“Little is spoken”: Floyd Mayweather remembered a boxing figure who accompanied him in his career

Floyd Mayweather inducted into the International Boxing Hall of Fame. The North American multi-champion retired with a record of 50 wins in an un

Floyd Mayweather inducted into the International Boxing Hall of Fame. The North American multi-champion retired with a record of 50 wins in an undefeated condition. In this context, he remembered the work of one of the members of his corner; Mexican Rafael Garcia.

Garcia was the legendary “Cutman” of Floyd Mayweather. The Mexican was in charge of bandaging the fists of “Money” in his most iconic fights. Floyd recalled the legendary member and made reference to the confidence he reiterated in him.

Floyd explained that he beat the best boxers of his time

“Another legendary character that is rarely talked about and is resting in peace, Rafael García. He was the grandfather I never had, a legend in the sport of boxing,” he stated. Floyd Mayweatherwho explained that if Rafael was not with him, he would not fight because he was the one to do the bandaging.

Garcia postponed his retirement at the insistence of “Money.” In fact, the “Cutman” recalled how he ended his relationship with the North American multi-champion.

“I retired in the Mayweather fight against Maidana. I told Mayweather that it was my last fight and he told me that he was going to make a new team. So he did it, he took another guy to bandage him and see the cuts and it happens that the fight against Pacquiao is coming up and he called me at my house and said ‘you have to come work with me’; I told him no, that he was already retired, ”Garcia recounted. 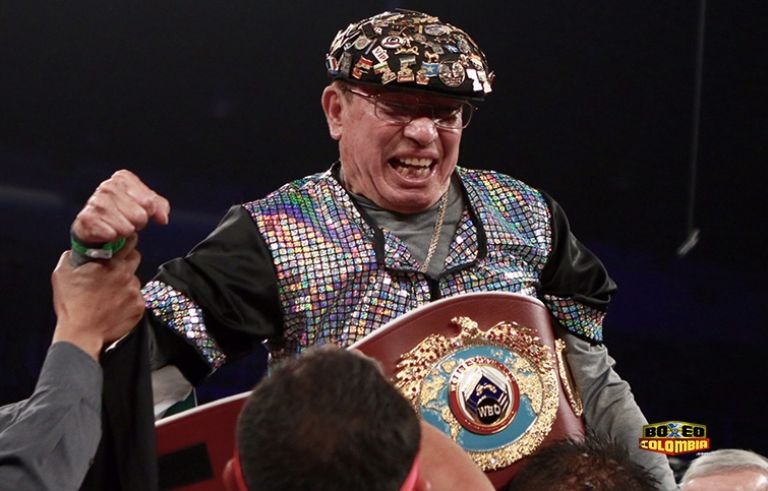 García was iconic for his beret with world flags

The “Grandfather” of “Money” expired in 2017 and Floyd dedicated a message to him through social networks.

“We will miss you Rafael Garcia. You lived a full life and will be remembered for all your contributions to the sport of boxing. May your soul rest without further pain”, wrote the “Pretty Boy” on that occasion.

It is noteworthy that Garcia worked with the elite of boxing over the years. The “Cutman” was part of the corner of boxers like Roberto “Manos de Piedra” Durán.