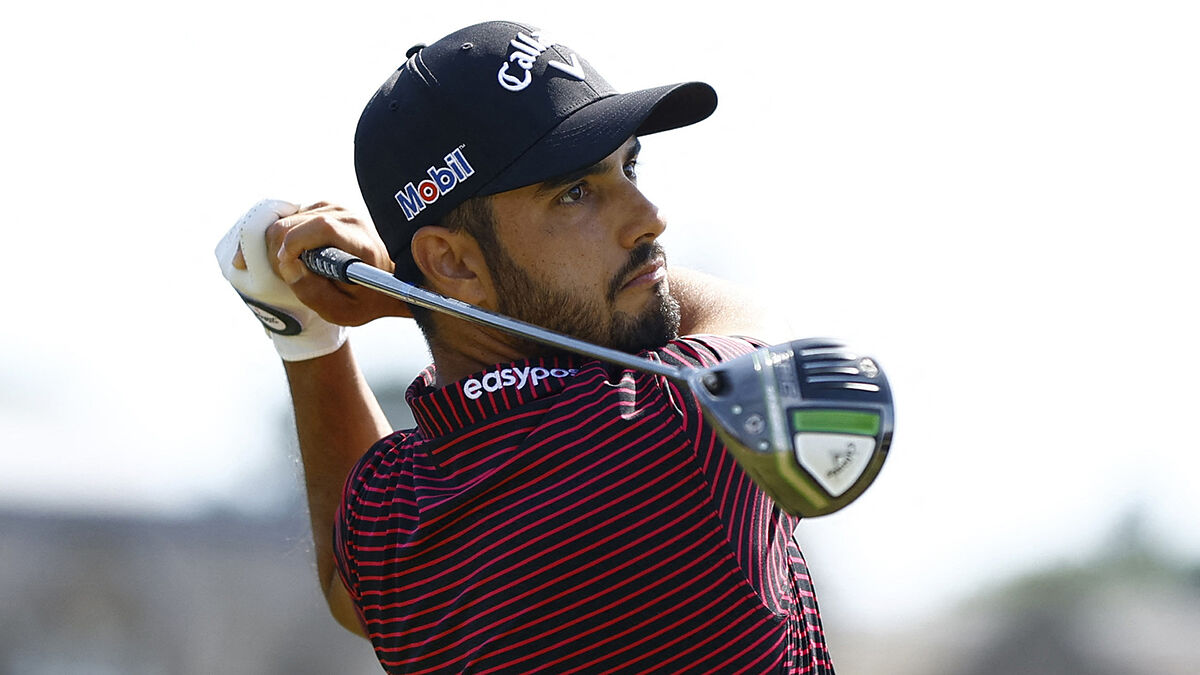 ANDhe LIV Golf's Donald Trump Bedminster ended on Sunday, being a complicated weekend for Abraham Ancer, who could not position himself in the firs

ANDhe LIV Golf’s Donald Trump Bedminster ended on Sunday, being a complicated weekend for Abraham Ancer, who could not position himself in the first tournament venues.

The Mexican golfer spoke in an interview for MARCA Claro, where he highlighted that, although he felt comfortable with the green, could not have performed better.

“The truth is that I struggled a lot. The first day I hit him incredible, a week I hit him well enough to be there, but I struggled a lot around the green, normally I like fast greens with a lot of fall, but those weeks when things don’t work out, but we fight until the last, the factor of the team we are in third thanks to my teammates”.

The first day I hit him incredible, a week I hit him well enough to be there, but I struggled a lot around the green

Ancer compared the environment that is lived in the LIV Golf with the PGA Tour and said it’s a friendlier environment.

“Everyone super cool, everyone has been incredible, many people you didn’t get along with on the PGA Tour, because they have their group, but here you enter the locker room and we are all living together and going through the same thing and happy with the decision. Yes, completely different from what we used to do, but it’s something difficult that if you don’t come to experience it you may think it’s weird, but I think it’s coming out much better of what people expected and the coexistence is incredible, the emotion of the team and individually gets good”.

Also, stressed that on a personal level he has a little more time to enjoy his family, although he does not rule out returning to add to the world ranking.

“Physically it is what I see the most, it touched me last seasons, physically I had to give it a lot of desire and very little time for the family. I don’t want to say that maybe if the opportunity opens up to add points to the world ranking, We’re looking at how to fix this, which I think needs to be fixed pretty quickly.”

Lastly, he asserted that the there are teams in the tournament makes it more entertaining.

“It’s more exciting, the shots are lived with more pressure and adrenalinethe team factor makes a huge difference, because you may not have as good a week as I had, but I was fighting very hard to try to help because a point can make a difference to be four or third”

Tags: Claro-mx/other-sports/golf
The Match 2022: Tom Brady and Aaron Rodgers will play on the same golf team against Patrick Mahomes and Josh Allen
GP Miami F1 2022: Tom Brady ‘advises’ Lewis Hamilton to come back in the season prior to the Miami GP
The origin of Canelo’s love for golf… with a dart at De la Hoya: “It’s better than having love for other things”
GOLF 1235

Loading...
Newer Post
Aucas leads for the second week in a row the Ecuadorian soccer tournament
Older Post
LIV Golf 2022: Carlos Ortiz: “I think the teams are more important than the individual part”