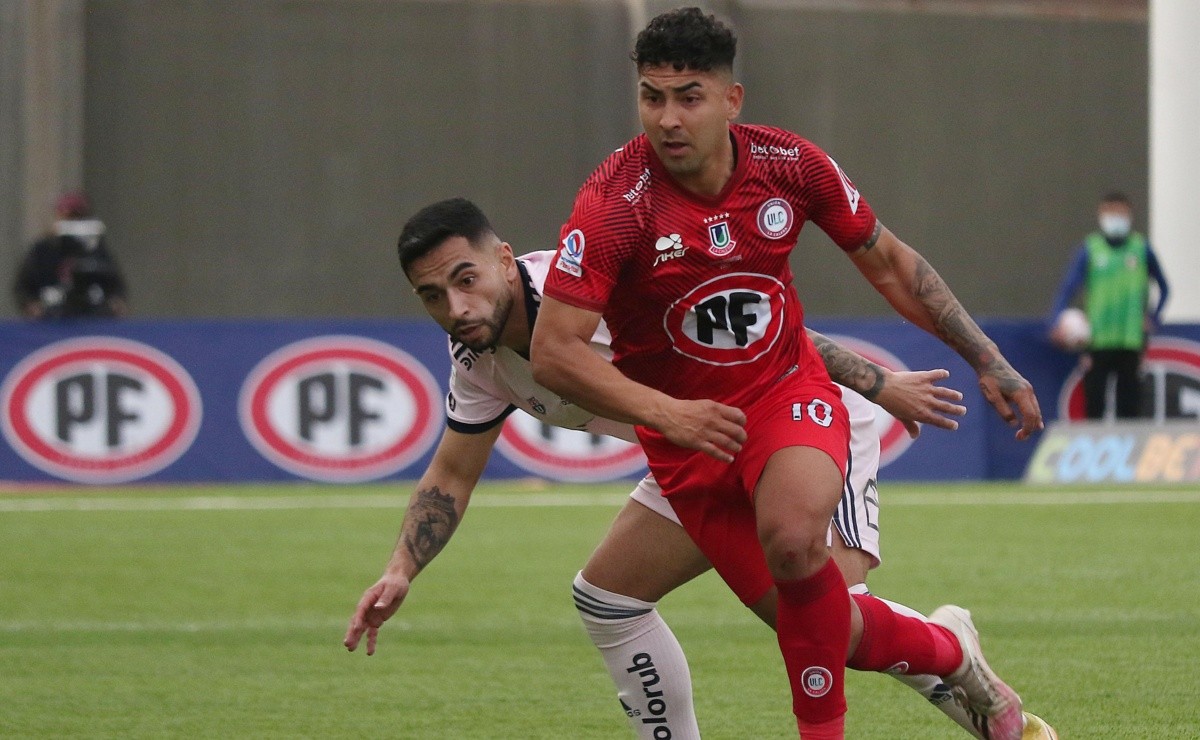 Transfer marketCommentsJeisson Vargas joins Ronnie Fernández and will play in the U in 2022 after a good season at Unión La Calera.For Milan vrsalo

Jeisson Vargas joins Ronnie Fernández and will play in the U in 2022 after a good season at Unión La Calera.

© Agency UNOJeisson Vargas arrives as a new reinforcement to the U

Chilean soccer transfer market and after the end of the 2021 Championship, the First Division teams seek to renew the squad for the next tournament. Colo Colo has the task of going for the title after the four-time championship of a Catholic University who wants to bring new figures, while the University of Chile lives a complete restructuring after fighting relegation.

December 29 | Like Colo Colo this day with the signings of Esteban Pavez and Cristián Zavala, the U. de Chile is also preparing everything for 2022 and confirmed this afternoon the hiring of Jeisson Vargas, after two good years at Unión La Calera.

Born in the quarry of U. Católica and 24 years old, Vargas was presented as the second incorporation of the blues after confirming a few weeks ago the hiring of former Santiago Wanderers, Ronnie Fernandez.

The former cement midfielder scored 13 goals in the last two years and was able to reach the U at the time, but the Catholic prevented the signing and stayed with the Chilean, although he had little participation with the crusaders in 2019.

Check HERE how the squads are doing for the 2022 season, the reinforcements, casualties and rumors in each club of the First Division of Chilean soccer.

Follow LIVE the MINUTE BY MINUTE of the 2022 Transfer Market:

December 29 | Sports La Serena made the return of Humberto Suazo official, who comes to reinforce the garnet team after being a figure before signing in the fillial team of Monterrey de México.

December 29 | Coquimbo Unido confirmed that Esteban Paredes renewed and will stay with the Pirates, who will play in Primera this season after being champions of the B.

December 24 | The midfielder Alejandro Camargo leaves Deportes Melipilla and is the new reinforcement of Cobresal.

December 21 | Universidad Católica, in its project to maintain the 2021 team, confirmed the renewal of Alfonso Parot, Germán Lanaro and Luciano Aued.

December 16 | Universidad de Chile presented Ronnie Fernández as its first reinforcement, who became the 9th of the U after the departure of Joaquín Larrivey.

December 16 | Audax Italiano presented Ronald Fuentes, who after his failed stint at Santiago Wanderers, will be the Italian coach. The audino team has the challenge of playing Pre Libertadores this year.

Loading...
Newer Post
NBA: Historical Sperpento of some Celtics in free fall: 4 of 42 in triples!
Older Post
The Mixquiahuala Boxing School goes for better results in 2022