Luis Resto vs. Billy Collins Jr .: one of boxing’s darkest and most embarrassing chapters turned into tragedy 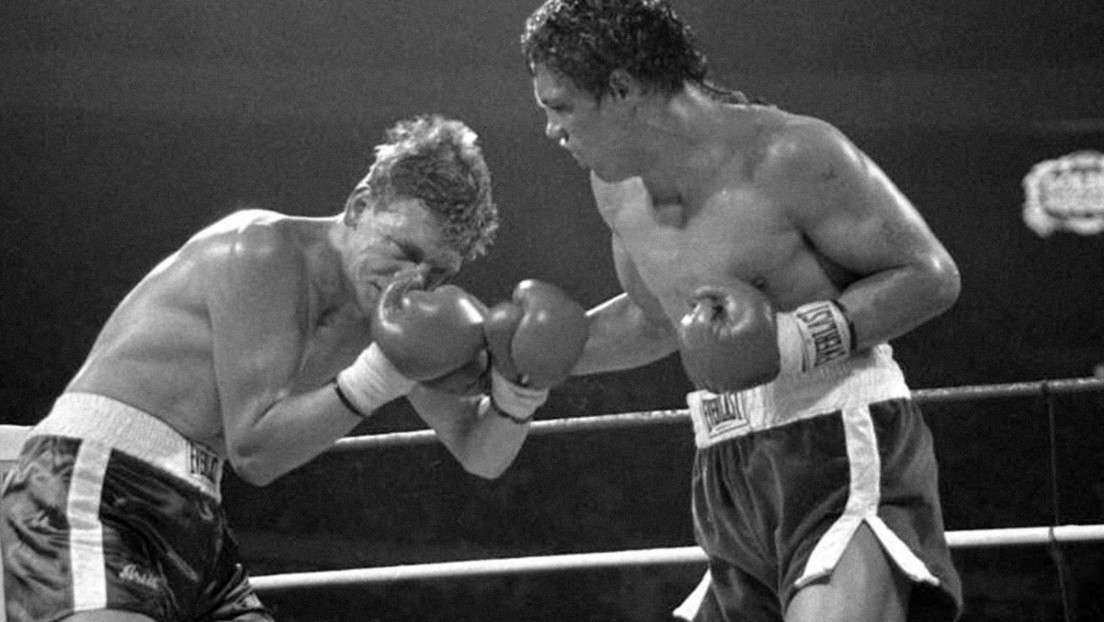 On June 16, 1983, boxing enthusiasts gathered at Madison Square Garden in New York witnessed one of the most tragic and shameful episodes in the mo

Luis Resto vs. Billy Collins Jr .: one of boxing’s darkest and most embarrassing chapters turned into tragedy

On June 16, 1983, boxing enthusiasts gathered at Madison Square Garden in New York witnessed one of the most tragic and shameful episodes in the modern history of the sport: the fight between Luis Rest and Billy collins jr.

Collins, a 21-year-old American backed by his talent and his undefeated Out of 14 fights, he was shaping up to be the big favorite and he hoped a new victory would put him closer to aiming for a title. Meanwhile, Resto, a 28-year-old Puerto Rican used to working as a sparring partner, was looking for catapult your career again, already buried under countless defeats, and show that he was not a boxer of the pile.

The contest served as an appetizer for the star between Davey Moore and Roberto Duran for the super welterweight belt and was more surprising than anyone would have expected. Rest demonstrated tremendous punching ability in all 10 rounds and, although the two fighters appeared to be exchanging blows equally, Collins’s face ended. severely deformed and hurting and your eyes closed from swelling. He received a difficult damage to prove, especially since his rival was not a boxer recognized for his punch.

The Puerto Rican, almost intact and apparently stronger than his contender believed, won by unanimous decision of the judges and against all odds. That night Madison Square Garden was completely packed and no one could believe that a fighter with a mediocre record would have managed to shoot down a ‘golden boy’ that everyone imagined would have no problem getting the victory. However, the celebration, happiness and sense of glory for Luis Resto would only last a few minutes.

Still in the ring, Billy’s father, a former boxer who served as his son’s coach, approached the winner to congratulate him and the shake his hand he understood — unintentionally and by chance — that something was wrong with those gloves. Refusing to release the opponent, he asked the commissioner of the fight to examine them. “They have removed all the padding of the damn gloves. They’ve removed all the padding, “he yelled.

Resto did not seem surprised by the accusations nor was he trying to understand what Collins Sr. was talking about. The fighter looked to his corner, where his handler was, Carlos ‘Panama’ Lewis, with a scared and fearful look that seemed to reveal that he had resorted to a ruse. Anyway, he and his coach reacted at that moment by repeating again and again to the authority that those gloves had received them from the organizers.

Lewis and his pupil wanted to get out of the arena unseen, but the referee for the evening, Tony perez, led them to the locker room and was the first to examine the gloves. After touching them, he was completely sure that the filler had been stolen, a criminal decision taking into account that in a violent and contact sport such as boxing, a blow under these conditions is not only advantageous for the tipper, but it can be lethal for the recipient.

The result of the combat was canceled, after which a criminal investigation was launched. Two weeks later, the New York State Athletic Commission decided to suspend Resto indefinitely, while Panama Lewis lost his license for life. Luis’s career was over, but the consequences of what happened on the ‘ring’ were just beginning for him and many others.

Billy’s fate was much more tragic and his life was never the same since that June 16. The beating he received from being beaten practically by bare hand for almost half an hour, beyond the impressive bruises on his eyes, caused him a tear of iris that forced him to abandon his promising career so as not to go completely blind. His condition prevented him from working and led to depression and restlessness that alienated him from his wife and newborn daughter and they threw him into the drink. Nine months later, on March 7, 1984, Collins crashed into his car and passed away at the age of 22.

Billy Collins Sr. fought incessantly for several years in a series of unsuccessful litigation waiting to achieve millionaire compensation for the tragic fate of his son. He sued everyone: Madison Square Garden, the organizers, the glove manufacturer and finally the New York Athletic Commission, demanding money and punishment for the negligence of the inspectors. In the end he did not get more than expenses and debts. 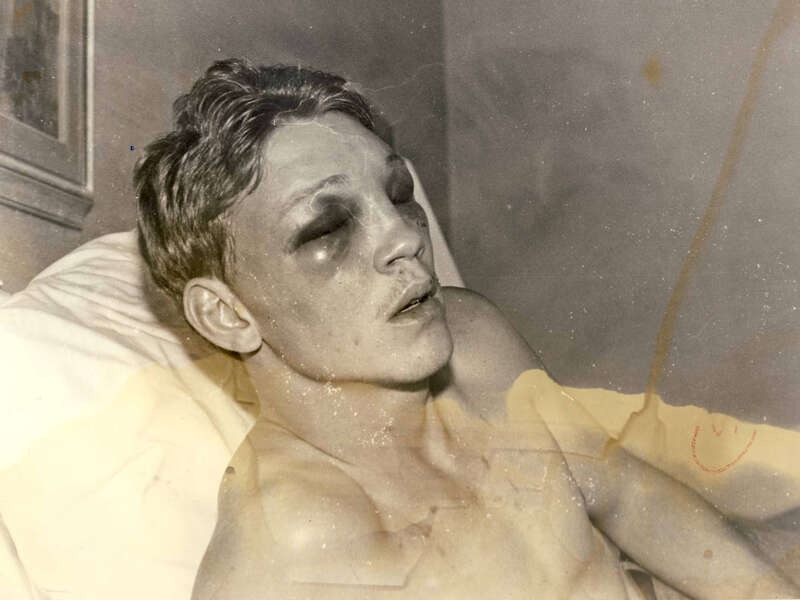 Two years after the combat, Rest he insisted on his innocence and he hoped to one day return to the strung, something that would not happen soon. In September 1986, he started a trial in the middle of which it was learned that the dirty trick with the gloves had to benefit not only the Puerto Rican fighter, but also members of the world of crime who they had bet a fortune that they would not lose. Apparently, before the expected meeting, Panama Lewis met with an important drug trafficker and he guaranteed that he would modify his protégé’s gloves so that he would not lose the substantial sum of money that he had put at stake.

A re-inspection of the gloves – the key and decisive evidence in the process – confirmed that they were lacking almost half the filling. Witnesses that night pointed to Lewis as responsible for the manipulation, although he always denied it. Ultimately, the verdict found Resto and his ‘manager’ guilty of conspiracy to assault and criminal possession of a deadly weapon; Lewis received one more charge for tampering with a sporting event. Both were sentenced to two and a half years in prison.

Rest regained his freedom in 1988 and returned to the suburbs of the Bronx, where he had grown up. He tried with no luck to regain his license to box and lived for ten years in the old basement of a gym, away from his children and his wife, roaming the streets and doing drugs, according to Eric Drath’s documentary ‘Assault in The Ring. ‘(2008), which plunges into this controversial case

The Puerto Rican – who agreed to participate in the making of the film – said he did not know who had altered the gloves. “If I had known, I would not have fought”he insisted. For more than 20 years, he denied having any connection with the manipulation. However, in the middle of Drath’s investigation, he ended up confessing to the cameras that Panama Lewis I had taken them and — accompanied by another trainer named Lee Black — had led them to a bathroom. When he asked his coach what he was doing, he told him not to worry, but did not specify what his intention was. “When I felt there was something wrong with the gloves, they just told me: ‘keep hitting’“, revealed the ex-boxer.

Panama Lewis always aroused suspicions about his guilt, especially since it was not the first time that he was in the center of a scandal. Months earlier, as a member of Aaron Pryor’s team in his fight against Alexis Arguello, cameras caught him supplying him with a drink from a mysterious bottle. The fighter came out with much more energy in the last rounds and won by knockout. It was never possible to verify if the liquid had something to do with that result, much less link Panama, but already many doubted its honesty. 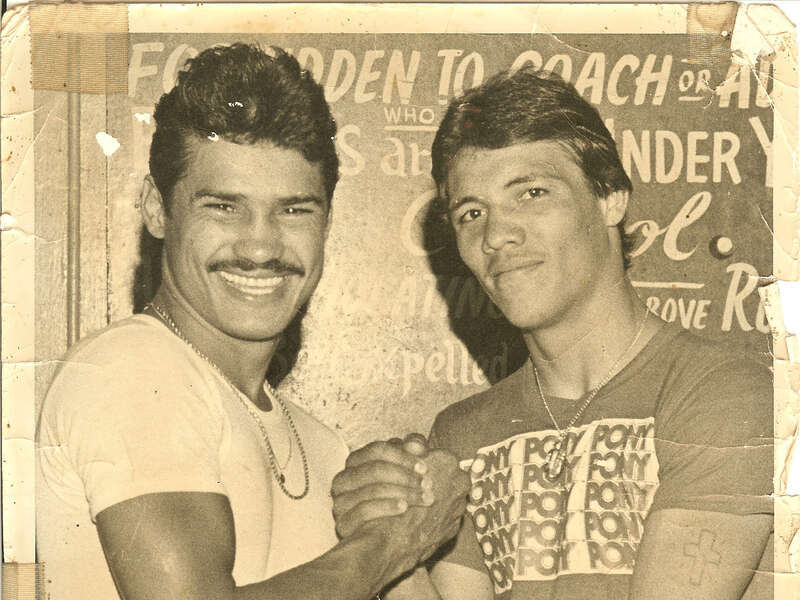 On the other hand, the cheating against Collins wasn’t limited to gloves. Luis admits in the documentary that the bandages that covered his hands they had been hardened with a substance similar to that used for the manufacture of surgical plaster splints. In addition, he commented that Panama Lewis mixed in the water bottles of his fighters some pills – apparently an asthma medicine – to improve their lung capacity and gain an advantage. Luis himself admitted to having drunk of that concoction in his fight against Billy. This practice not only speaks of a doping prohibitedInstead, it sheds new light on the strange event in Pryor’s 1982 victory.

According to Resto, he had heard in the locker room that there was a lot of money bet and his managers they had to do something with their hands for him to win because his contender (Collins) was much stronger and could beat him by knockout. “When I saw that he [Billy Collins] He didn’t give up, I kept hitting him on the head and forgot about his body (…) I wanted to destroy him, “he declared with sadness and remorse.

Luis sincerely apologized to Billy Collins Jr.’s family and visited his grave. He confessed that he knew about the deception of his relatives and his children, whom he rarely saw and with whom he did not have a very close relationship, but that they had believed all those years that someone had set a trap for his father. “I shouldn’t have put those gloves on that day.”, he acknowledged.

After freeing himself from the guilt that corroded him, during the filming of the documentary Resto, he visited ‘Panama’ Lewis to accept his responsibility, but this again denied that he had acted wrong. Luis could not refute him because, although before the fateful fight he saw him go to the bathroom, and could not demonstrate that he removed the padding from the gloves. As for the hardened bandages, the former handler said that the person responsible had been his assistant, the late Artie Curley, in charge of wrapping the hands, who also denied having handled the water that day.

The controversial coach set up a gym in Florida, where he made a living training champions until he passed away last year at age 74. He maintained his innocence until the end, but possibly the boxing world remembers him more for his scandals than for his successes. Meanwhile, Luis Resto dedicated himself to working with young boxers in the Bronx and, after years of trying to get his license back, New York State allowed him to get into a ring and work as a cornerback. Although having confessed his sins brought him peace of mind and allowed him “walk with your head up high”He keeps thinking about that June 16, 1983 and assures that he will never forget it.