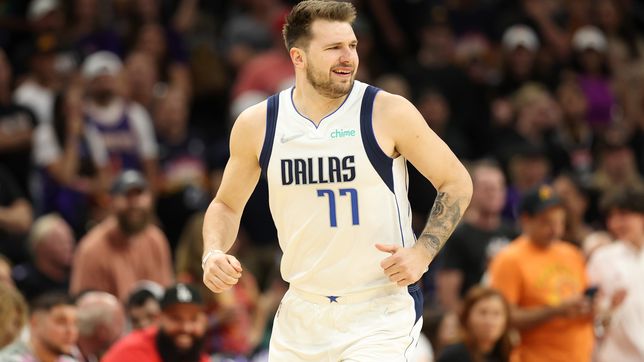 The Phoenix Suns were not only favorites to advance in their Conference Semifinal series against the Dallas Mavericks, but they were also the main

The Phoenix Suns were not only favorites to advance in their Conference Semifinal series against the Dallas Mavericks, but they were also the main candidate to be the champions of the most important basketball league in the world. In addition, they arrived as the current champions of the West and the best team in the league.

What could go wrong? Phoenix has figures like Chris Paul, Devin Booker, DeAndre Ayton, to mention just a few of those who were decisive last year. However, Dallas has a superstar who decided to get the most out of her in Game 7 and who showed no mercy to the best team in the regular season.

The Slovenian point guard, Luka Doncic, entered the Footprint Center to leave the Suns’ house like a real funeral. Doncic finished the game with 35 points and thus equaled the feat of another of the greats in NBA history, Shaquille O’Neal.

Until before Sunday, May 15, a date that the fans of both teams will never forget, only Shaq had managed to score 35 points in a game 7 against the best team of the regular season. The former Lakers player would do it against the Sacramento Kings in June 2002. On Sunday, Doncic put his name in the books.

Only TWO players won a Game 7 of #NBAPlayoffs against the best team in the regular season, scoring 35+ points:

Doncic’s numbers in the Playoffs

Although in the Conference finals there are players like Stephen Curry, Klay Thompson, Jason Tatum, Jimmy Butler, to name a few, the best player left in the Playoffs is called Luka Doncic and the numbers that the Slovenian has had do not lie to nobody.

Doncic leads all players in the 2022 NBA Playoffs with 31.5 points per game, in addition to the rebounding department in which he has 10.5 per game, and this against the number 5 seed in the Western Conference and the number one of the same.

If that wasn’t enough, Luka is also tied for assists with Draymond Green (6.6 per game). Only Jimmy Butler can boast of beating the Slovenian in one of the important departments in statistics, that of steals (1-9).

Among the NBA’s final four teams, Luka Doncic is the leading scorer (31.5 points) and rebounder (10.1 boards) this playoffs and tied for the lead in assists (6.6) with Draymond Green.

Luka is already in the Conference finals and the next challenge will be the Warriors, who, together with Draymond Green, Stephen Curry and Klay Thompson, want to complete the dream that the 23-year-old lives.

Loading...
Newer Post
Daddy Yankee in Chile: where will the concert be and when do the tickets go on sale?
Older Post
Memphis Grizzlies – Golden State Warriors live