Luka Doncic is LeBron James’ favorite player in the NBA 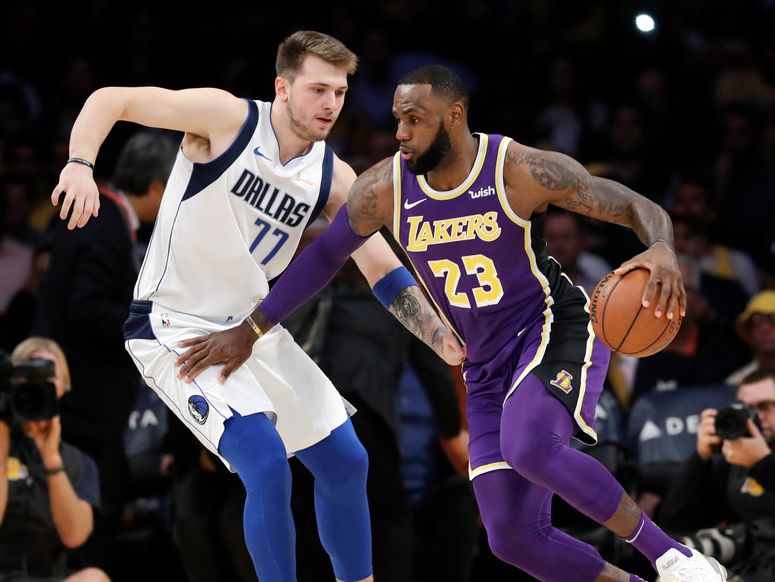 LeBron James' admiration for Luka Doncic isn't exactly a well-kept secret.That was even more the case Monday night when James chose Doncic as his f

That was even more the case Monday night when James chose Doncic as his favorite player during a question and answer session with fans on his Twitter account.

During the question and answer session, James was asked who his favorite player under 25 was.

Earlier this year, James was asked about the players he would most like to play with.

While his 17-year-old son, Bronny, grabbed the spotlight, it wasn’t long before the Dallas Mavericks point guard was mentioned.

That wasn’t the only time there was a Mavs-related response during the Q&A, which ran to about 30-35 questions.

James was later asked what the toughest moment of his career was and how he got through it.

“Lose in the final against Dallas wrote James.

“I hit the reset button, I went back to basics, I worked on things in my game that I needed to improve on so the defense couldn’t just sit on one thing. Hours and hours and hours every day out of season.”

He asked James, “When are we going to play Madden?” to which James replied: “You tell me, haha.”

James is a passionate fan of the Dallas Cowboys.

In fact, he has a contract offer from Jerry Jones framed in his office.

Now it seems his love of Dallas-area teams and players extends beyond the field of play.

NBA: LeBron James stays at zero: he does not receive a single vote from NBA officials to be the MVP of the season
Improved audience in the NBA Finals – Lights of the Century
NBA: The Suns crush the Nuggets with 48 points in the first quarter!
NBA 2830