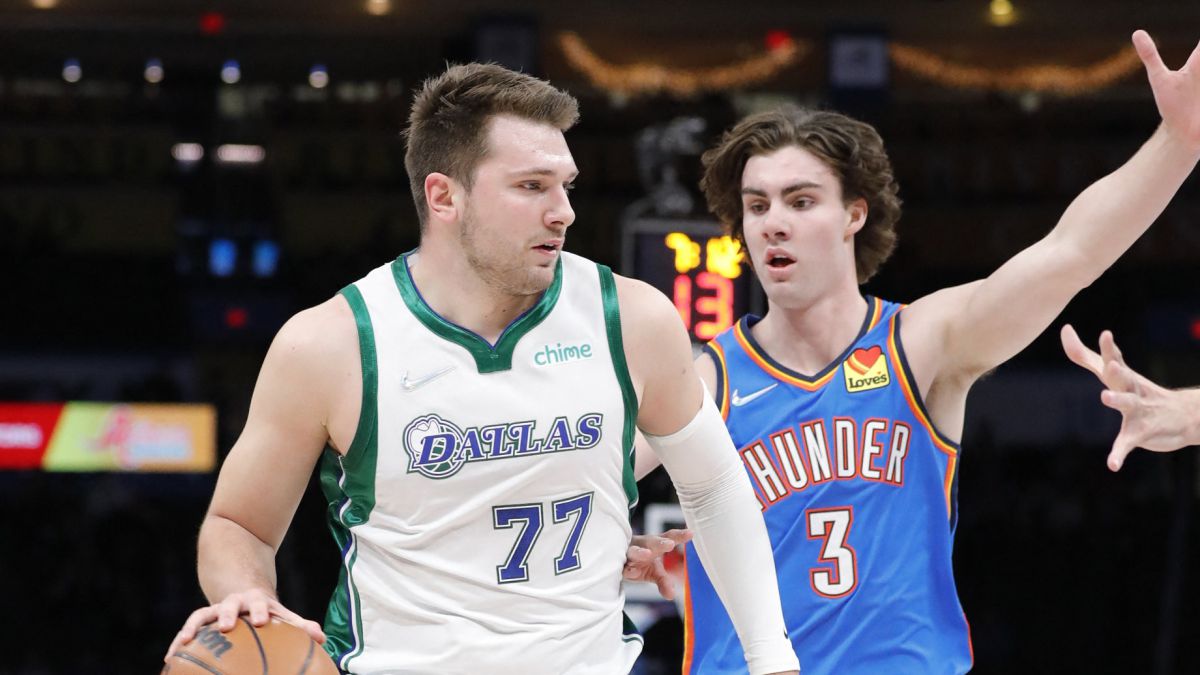 It was a long wait to see Luka Doncic again, especially in a Dallas that was 5-5 in his ten-game absence, but the time came. Small disappointment

It was a long wait to see Luka Doncic again, especially in a Dallas that was 5-5 in his ten-game absence, but the time came. Small disappointment for being a lackluster match and in which they continue to show deficiencies as a team, great joy to see that they continue to dominate at a calm pace and that a victory necessary for the future is added. Even the balance of the Texans is balanced, now at 18-18. The Mavericks left Oklahoma City with a 86-95 low-score win against the Thunder in what should be a new turning point in their season as the main star returned from his first NBA slump..

“It was hard because the last time I played a five against five was about four weeks ago. Strange feeling, but very happy to be back. It was strange to throw, I did not know if the ball was going to enter or not. There was a shot especially that I thought was getting in and it was an ‘air-ball’. Of course, my chest burned; I think that little by little I will return to my being “, expressed the Slovenian at the end the encounter.

It seems easy to be in the usual numbers if you are Luka Doncic, who playing trantran finished the game with 14 points, 10 assists and 9 rebounds. The numbers come out alone. However, he ran into another foreigner with ease to add to the statistics and in what way. Australian point guard Josh Giddey, also recently released from the coronavirus protocol, led his team with 17 points, 13 rebounds and 14 assists, which means, at 19 years, 2 months and 23 days, surpass the LaMelo mark Ball and become the youngest player in history to make a triple-double in the NBA.

Giddey took advantage of the absence of Shai Gilgeous-Alexander, who has just gotten into the protocol that he has come out of, to do and undo his whim from the beginning, showing that he is a rookie with collective sense and with arrests to throw the ball if so the body asks for it. His Mavericks nemesis Doncic was picking up his pace. Paradoxical that the visitors were the ones who left their rivals without air with Luka on the court during the second stretch of the second quarter, the moment they took off on the scoreboard. A pair of 3-pointers by Kleber and Hardaway, a pair of dunks by Dorian and Marquese and the Slovenian’s final layup, all in short attacks, sent Dallas off the ground to a 15-point lead (36-51, minute 23 ). In the third period a local pull in which Giddey put the icing on the cake with a triple with a step back, imitating what was in front of him, left only three to the Thunder, but at the end of the sleeve they had returned ten of difference. In those waters the meeting moved until the last minute: a small comeback, to -4 was OKC, and a triple by Kleber after a spectacular pass from Doncic’s back against three defenders. With that, with the returning Mavs star enjoying the hot moments, the night was closed for everyone.

Loading...
Newer Post
Santiago Silva returns to football: at the age of 41, and after serving a sanction, he will play in Aldosivi
Older Post
Alcoyano – Real Madrid | Copa del Rey match, live football