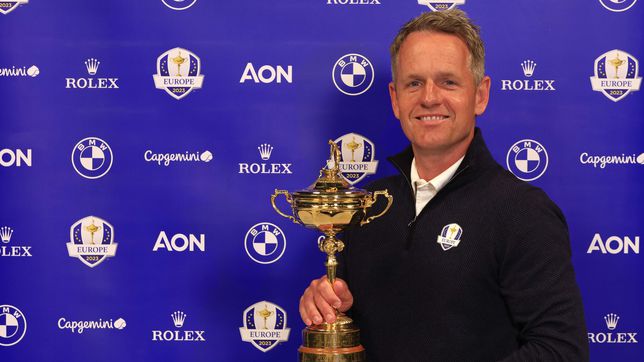 Less than two weeks after announcing that Henrik Stenson would not be their captain, the European Ryder Cup team now has a new leader for next year

Less than two weeks after announcing that Henrik Stenson would not be their captain, the European Ryder Cup team now has a new leader for next year’s event at the Marco Simone Golf & Country Club in Rome, Italy (September 25 to October 1st). England’s Luke Donald, 44, a big name in golf for the past two decades, will finally be Europe’s captain at the tournament, after Stenson was removed from his post upon joining the LIV Golf circuit. “If I end up being captain, I give my word that I would not do a Henrik”, Hemel Hempstead’s man warned last weekend when asked about his situation.

Currently, the level of Luke Donald is far from being the best. The Englishman is number 523 in the world ranking, he has not competed in a major since 2019, the same year in which he achieved his last top-10 in a tournament, and it is increasingly difficult to find him playing elite events. However, his career has not always been like this, as Donald has been one of the most important players in European golf since the beginning of this century. He managed to be world number one for 56 weeks, on the PGA Tour he has four victories and seven on the DP World Tour, in 2011 he managed to win the prize list of both circuits (something that no one had ever achieved), he has eight top-10 in majors… And he also has great experience in the Ryder Cup. Europe has won the four editions in which he has been present as a player, and in them, the Englishman added 10.5 points out of a possible 15.

Donald’s appointment brings calm after the storm generated by Henrik Stenson joining LIV Golf, where he won his debut tournament this Sunday. Ryder Cup Europe decided that the Swede could not reconcile this circuit with his captain’s position, so the Englishman is finally chosen. Various European players, such as Shane Lowry, Edoardo Molinari and even Jon Rahm have already welcomed Donald. “I am very excited and truly honored to be named captain of the European Ryder Cup. I am really looking forward to the next 14 months and to preparing my team for Rome”, were the first words of the Englishman after his appointment.