Luna and Linares, at the gates of the UFC 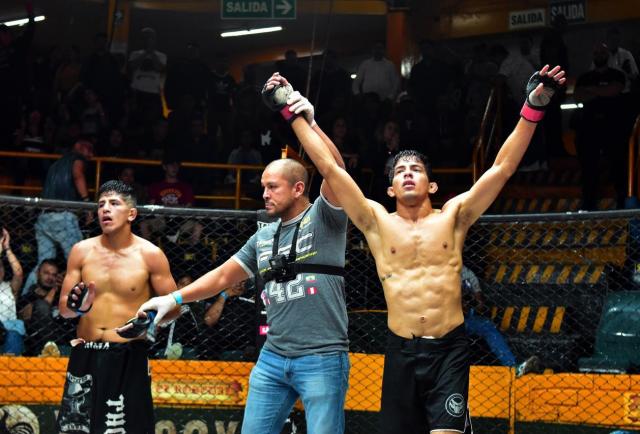 Ecuador continues his idyll with mixed martial arts, after two of his representatives, Emiliano Linares and Andrew Moonare already listed in the Dana White’s Contenders Seriesan event that offers the opportunity to enter the UFC.

They will have to navigate the same path as Michael Moralestricolor wrestler who defeated Nikolay Veretenikov in the co-main event of episode 4 of the fifth season of Dana White’s Contender Series, held on September 21, 2021.

Thanks to the victory, Morales got a contract with the most prestigious MMA company, after impressing the president of the company, a recipe that he repeated in his premiere when he knocked out the American Trevin Giles on the main card of the UFC 270 that measured to Ngannou and Gane.

Emiliano Linares24, is the strawweight champion of the Budo Sento Championship in Mexico. The Guayaquil native conquered the belt of the 145 pounds on October 8, 2021 after winning a unanimous decision in a five-round match against the Mexican Eddy Alexis Rosaldo.

Linares, with a record of seven wins and one loss as a professional, before landing in the Contender Series, will have to defend his championship on May 20 against the local Derian Calzada in the Budo Sento Championship league.

For its part, Andrew Moon he is undefeated. He has 12 wins and zero losses. Luna comes from winning in the co-main event of the UWC 30 to the mexican Paul Marquez.

The man from Guayaquil, like Morales and Aaron Canarteis based on the Entram Gym from Mexico. He excels in stand-up fighting, in addition to the Jiu Jitsuthese characteristics make it one of the most complete tricolors.

Linares and Luna could join Marlon ‘Chito’ Verafifth in the bantamweight ranking, and Michael Morales, welterweight, to form a quartet of Ecuadorians in the UFC; however, to achieve that goal, not only is it enough to win, but to do it in an impressive way, which allows them to put their signature on the contract of the best martial arts company.

Tags: doors, linares, Moon
Michael Morales returns to the UFC Octagon on July 30
Jiri Prochazka wants to fight in Europe against Blachowicz, without ruling out a rematch with Teixeira
UFC fighter launches against Vladimir Putin: “Fuck you, bitch”
UFC/MMA 946