Luna Park reopens its doors to boxing after seven years 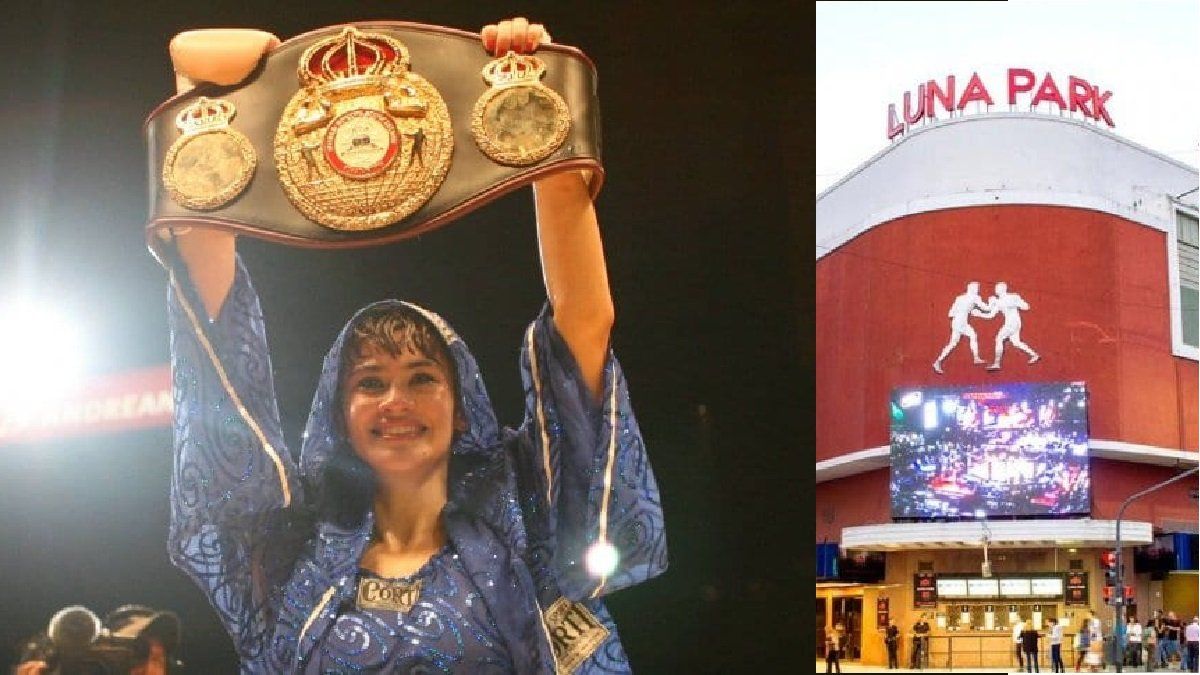 With a record of 50 victories (20 KOs), 7 defeats and 2 draws, the Formosa will enter the ring for the second time this year after ending an inac

With a record of 50 victories (20 KOs), 7 defeats and 2 draws, the Formosa will enter the ring for the second time this year after ending an inactivity that extended since May 15, 2019 when she tied with the Mexican Nava in Puerto Vallarta.

Almost two months ago, on September 25, the former super bantamweight champion of the four most important boxing entities (WBA, WBC, WBO and IBF) beat the Tucumán Natalia Alderete by points -unanimous- in a six-round fight carried out in Concordia, Entre Ríos.

Acuña won his 7 meetings at the Luna between 2003 and 2009, all for world titles in the super bantamweight division.

“La Gurisa” Dionicius, 33, will assume his 35th. He fights like a professional, with the intention of improving a record of 31 wins (6 KOs) and three setbacks. It will be his third presentation of 2021 after losing to Gloria Yancaqueo in Mar del Plata and defeating Lilian Silva in Concordia.

The boxer from Entre Ríos from Villaguay was in the past super flyweight champion of the Federation (FIB) and one of her thirteen defenses was carried out at Luna Park on September 7, 2013 when she beat Colombian Olga Julio on points.

This Saturday’s undercard, televised by TyC Sports, will be completed with another seven men’s fights, among which the semi-fund clash between the undefeated knocker Braian Suárez (15-0, 14 KO) and the Colombian Juan Boada (11-2) stands out. , 5 KO) for the vacant WBO Latin middle heavyweight title.

Attendees will be controlled with a temperature measurement, must present an affidavit and remain with masks during the evening as preventive measures for the coronavirus pandemic.

The Corrientes and Bouchard avenue venue, also called “Palacio de los Deportes”, is the one with the longest tradition for Argentine boxing because it treasures the presentation of authentic legends of the activity such as Luis Ángel Firpo, Justo Suárez, “El Torito de Mataderos” , the duels between José María Gatica and Alfredo Prada, the formidable American Archie Moore, the visit of perhaps the greatest of all time, Muhammad Ali, the unforgettable Oscar “Ringo” Bonavena, Pascual Pérez, Nicolino Locche and Carlos Monzón, among others .

His mystique was also configured over the years with historical events of political, religious, social and artistic life, such as the presence of Juan Domingo Perón and Eva Duarte; the visit of Pope John Paul II, the wedding of Diego Maradona or the performance of Frank Sinatra.

Colombian team that will contest the World Boxing Championship
World Boxing Council recognizes the work of CdMx police officers
Boxing: Tyson Fury vs Dillian Whyte in sight: the fight has been confirmed
BOXING 910